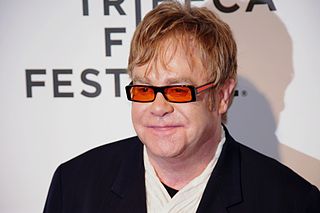 The 69-year-old star, who strongly denies the claims, was accused by a former employee of unfair dismissal and sex discrimination, including allegations of sexual misconduct, after the employee was let go by the singer last year.

The British male employee, whose name has not been publicly disclosed, made the claims in August of last year and launched legal proceedings against John.

In February of this year, John reportedly paid his former employee a six-figure sum, following which the allegations were dropped.

The singer had made a number of legal attempts to keep the case secret since last December, however Britain's Court of Appeal has now lifted reporting restrictions and British newspaper The Sun on Sunday published details of the case on Sunday (17 July).

A spokesman for John told The Sun on Sunday: "These employment proceedings were brought after Sir Elton John's company parted ways with one of its employees in June 2015.

"The claims were always strongly denied and we continue to deny them. Sir Elton John is pleased that the former employee withdrew them in full and that the issue was settled in February this year."

In March, it emerged that another of John’s former employee’s, his ex-bodyguard Jeffrey Wenninger, had filed legal documents accusing John of sexual harassment.

John’s lawyers have described the claims as “a baseless lawsuit brought by a disgruntled former security officer seeking to extract an undeserved payment”.

Image: Elton John attending the premiere of The Union at the Tribeca Film Festival by David Shankbone / CC-BY-3.0

Can you sack your staff for alleged child sex offences?