Do you have the leadership gene?

Science has identified a leadership gene, which raises the question – are some people simply born to be leaders, or can leadership be learned? 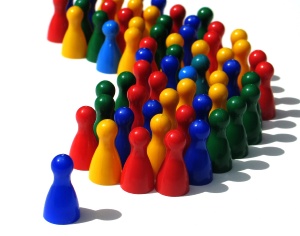 Do
you feel as though you were born to lead, or is it a quality you’ve had to work at and develop over time?

If taking command comes naturally, perhaps you have the leadership gene.

James Adonis, co-founder and managing director of Team Leaders, said that last year, five universities published the results of a study conducted on twins, in which a leadership gene, called rs4950, was identified for the first time.

“Their research discovered that people with that gene are more likely to be leaders,” Adonis wrote in an article for the Sydney Morning Herald.

“But the precise influence of rs4950 is not yet known. What’s clear, however, is that it’s there and significantly related to leadership.”

A 2012 study found that many leaders shared genetic similarities but that the type of leader a person became was more likely to be hereditary.

Adonis wrote that in yet another study involving twins, it was discovered that the genetic leadership influence was strongest in women during their child-rearing years, but was linear for men throughout their working lives.

However, Adonis also highlighted research from Sonoma State University which followed the progress of 281 senior leaders over six months while they engaged in executive coaching.

Their 360 feedback led the researchers to conclude that the coaching increased their leadership effectiveness by 60%.

What do you think? Are leaders born or made?