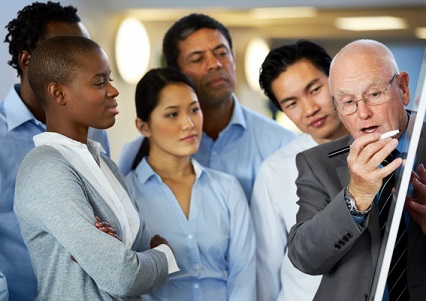 Emp
loyees who have a multicultural background can play a pivotal role in diverse teams by acting as ‘cultural brokers’, according to a new article published in Organisation Science.

This means their more nuanced understanding of culture can facilitate interactions between individuals across cultural boundaries, within diverse teams.

The business school INSEAD claims cultural diversity in business provides many advantages, allowing organisations and teams to benefit from multiple perspectives, knowledge and ideas.
However, they also say that differing cultural norms and beliefs can also lead to misunderstanding or conflict, standing in the way of effective collaboration.

Using archival data from a global business student competition, Assistant Professor of Organisational Behaviour Sujin Jang analysed data from 2,117 teams over five years.
Participants were from more than 40 countries and they had eight weeks to come up with a business plan proposing the “next big idea” for a company of their choice.

The data showed that within diverse teams, the presence of multicultural members significantly enhanced the teams’ creative performance.

Moreover, multicultural members enhanced the creative performance of the team irrespective of whether they shared the same cultural background with other team members.

Assistant Professor Sujin Jang said: “These results show how multiculturals can enable teams to capitalise on the strengths of cultural diversity to generate creative outcomes, while avoiding the pitfalls associated with cross-cultural collaboration.”

A second experimental study was constructed to assess the actual processes involved in cultural brokerage.

In this experiment, 83 teams, comprised of two monoculture members and one multicultural individual – either a cultural insider or outsider – were asked to propose creative ideas for a multicultural wedding involving a special ritual, musical performance and food dish that incorporated elements of two different cultures.

Even though every company has a different cultural context, the research suggests that all firms stand to gain by leveraging the diverse knowledge and perspectives of their increasingly multicultural teams.

Jang added that organisations would do well to think about the conditions they could put in place to facilitate cultural brokerage.

“For example, it may be helpful to give recognition to potential cultural brokers or provide opportunities for them to enact this role, as they are not always the most senior person in their team,” said Jang.

“It is also important to keep in mind that cultural outsiders, multicultural individuals who have no overlap with the cultures of other individuals in a team, can be effective cultural brokers.

“These individuals are often overlooked, because we tend to assume that one needs to have knowledge of the specific cultures represented in a team to engage in cultural brokerage.

“However, the findings of this research highlight the important role that cultural outsiders can play in enhancing team creativity.”


Related stories:
The danger of unconscious bias in HR decisions and how to overcome it
Inside Intact Group’s gender diversity program
‘Discerning new age workers’ are leading workplace innovation