CEO pay: How much is too much?

The CEO of a top-end organisation has taken the lowest salary for their position in years – but it still dwarfs what most Aussies are paid. 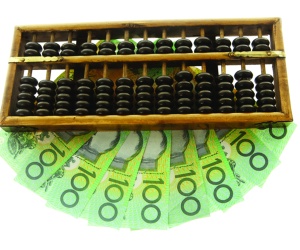 Andrew Mackenzie stepped into the role of CEO at BHP Billiton last month. Despite earning around 25% less than his predecessors, he still may earn close to 200 times the average Australian, The Sydney Morning Herald (SMH) reported.

The SMH noted the trend of earning a comparatively high salary for the top job began when Paul Anderson, the organisation’s second internationally sourced chief executive, came into his position in 1998. This has continued with every successive CEO of the company.

The news highlights not only the tighter economic climate, but also begs an analysis of CEO and executive payments in Australia.

The reason stems from the need for “newly globalised companies” to compete internationally. Mike Pottenger, economist at Melbourne University, told SMH that organisations ''all want to hire a chief executive who is better than the global median”, and that attractive salaries was the only recourse for doing so.

The salaries, however, are not seen as too extravagant by Jon Finlay, head of executive compensation, Australia at Towers Watson. Finlay previously told HC that the salaries of most CEOs in Australia are competitive and perhaps below average when compared internationally, with only a handful of truly large-scale Australian companies existing and thus paying such high rates.

“A primary role of senior executives, in Australia and around the world, is wealth creation for shareholders and they often share a small portion of what has been created,” Finlay said.

He also commented on the reason for pay-packets reaching such highs is the result of the Fringe Benefits Tax (FBT) making it difficult for organisations to offer other forms of remuneration. “It’s important to note that tax is paid on these benefits. For example, if an executive is provided with the use of an aircraft, then the value of that benefit is included in their total remuneration and tax is paid.”

HC previously reported on Anderson’s predecessor, Marius Kloppers, stating he would waive his bonus due to huge write-downs on assets.

Are these CEOs paid too much, or is it necessary? Can an executive really complain about being taxed for their own aircraft? What are your thoughts on executive pay that hangs high above the average?