'It's been a long weekend of building dread and fear' 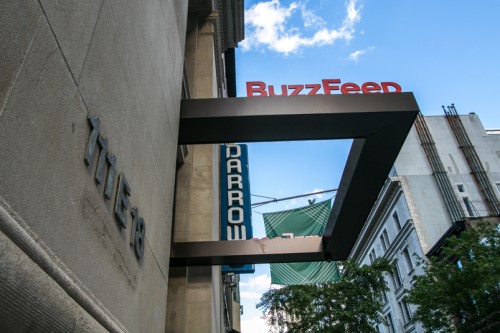 BuzzFeed has announced plans to shed 11 of its Australian staff as part of the digital publisher’s effort to restructure its global workforce.

However, only 11 staff members are expected to be let go. The remaining 14 are to be redeployed internally. All of the redundancies are reportedly from the company’s Sydney office.

Management is expected to reach out and consult those affected by the redundancy, but some employees said they were already aware of the impending staff cuts as early as Thursday last week.

“It's been a long weekend of building dread and fear,” a staff member told ABC News.

Meanwhile, Brad Esposito, another BuzzFeed Australia employee, wrote on Twitter about the uncertainty of his employment within the company: “So – unsure about my future at BuzzFeed News for today. Will find out more in the future. But, hell, if you’re hiring – now would be the time to get in early.”

BuzzFeedOz correspondent Alice Workman said every member of her news team received redundancy letters, adding that it was part of the company’s initiative to “reduce its overall news footprint”.

BuzzFeed CEO Jonah Peretti announced last week that they are looking to cut 15% of the news outlet’s workforce internationally.

BuzzFeed UK has already let go of 17 of its 37 editorial staff this week, while BuzzFeed Spain closed its office entirely the week prior.

Despite staff cuts, a spokesperson for BuzzFeed said the company will continue to cater to the needs of their Australian readership: “We've built a strong brand, loyal audience, and growing business in Australia and BuzzFeed remains committed to building on that foundation for the long-term.”