Blog: How to prevent racial discrimination during recruitment

Waleed Aly’s speech at the Logies highlighted one of the potential dangers to businesses in the recruitment and selection process. 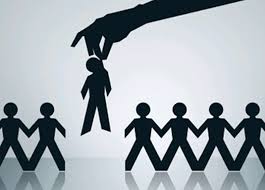 Ear
lier this month, journalist and TV presenter Waleed Aly in his Logie acceptance speech referenced an interaction he had with an actor that night. Aly recalled that the actor told him that he was not able to use his birth name Mustafa, because he would not be able to get a job in the TV industry.

Aly’s speech highlighted one of the potential dangers to businesses in the recruitment and selection process –  omitting from the selection process an applicant with a name which may indicate their race, descent, national or ethnic origin.

The incidence of this racial discrimination is not confined to the showbiz industry. Recently, accommodation website Airbnb also came under scrutiny after a Harvard Business School study revealed that requests by users with African- American names or profiles were 16% less likely to be accepted than non-African-American users. One user demonstrated the discrimination when two profiles were created – a request from the profile which had an African-American name was rejected while another fake profile with a different name was accepted.

The Racial Discrimination Act 1975 (Cth) (RD Act) provides that it is unlawful to directly or indirectly discriminate against a person on the base of their race, colour, descent or national or ethnic origin.

Under section 15 of the Racial Discrimination Act 1975 (Cth) (RD Act) employers cannot refuse or fail to employ a person (in work which is available and for which the person is qualified) due to that person’s race, colour, or national or ethnic origin. The RD Act also provides that it is unlawful to refuse to employ a person on the basis of the race, colour or national or ethnic origin of the person’s relative or associate (this can be for example, their spouse, parents etc).

Last week, the Victorian Government launched a pilot project “Recruit Smarter” which aims to address unconscious bias in the recruitment process.
The program will assess the personal details (such as name, gender, age) which should be de-identified to avoid potential bias. The program is supported by organisations from both the government and private sector, including Australia Post, the University of Melbourne, Ambulance Victoria and Westpac.

The Airbnb scenario is a potential risk to employers in the recruitment process. Employers may wish to institute recruitment procedures where identifiers such as name, country of birth etc are removed from applicant’s applications so that each application is assessed on skills, experience etc.

Shane Koelmeyer is the director of Workplace Law. For further information tel: +61 (0)2 9256 7515 or visit www.workplacelaw.com.au