Offering everyone the same salary won't solve the problem in the long-run but these top tips just might. 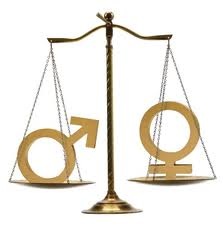 Clo
sing the gender wage gap might seem simple to someone outside of HR but we all know it’s not as easy as offering the same wage to everyone in the same role – there are a whole host of independent variables that impact the financial offer HR makes a new recruit.

CEO Viv Dykstra says that doesn’t mean you can’t take a proactive approach. As founder of the Artemis Network – a registered charity offering coaching, mentoring and networking for young women – she says there are five ways HRDs can do their bit to close the gender wage gap for good.

1. Reach out to schools and universities
Male dominated industries argue that cultural norms and the media dissuade many women from pursuing a career path in that profession – so step in and stop that happening, urges Dykstra.

“Encourage girls earlier on in their education to consider careers in male-dominated sectors by reaching out to schools as well as universities,” she said.

Many company’s focus solely on universities, but Dykstra says leaders should switch tactics and start targeting a younger audience, such as girls in their final years of secondary education.

“Doing so helps to sow seeds earlier on and introduce more women to the concept of a career in an industry they may not have previously considered,” she said.

2. Mentor young women
When women do make it into a male dominated industry, their aspirations are often limited because there are few senior female role models within the organisation.

When possible, establish woman-to-woman mentoring schemes to show that the perceived glass ceiling is in fact penetrable.

“However, because there are very few women higher up the tree in many male-dominated industries, it can be difficult for some companies,” acknowledges Dykstra. “In this case, learning initiatives that focus on imparting key skills such as confidence-building and assertiveness become increasingly important.”

3. Build the right culture
Building a culture of inclusion and respect is key to supporting women in their career progression and ultimately closing the gender wage gap.

“There’s no doubt that inclusive workplaces, which openly communicate their values and strategies on equality, human rights and inclusion, are able to attract a wider pool of talent and have greater success in retaining staff,” says Dykstra.

“It goes without saying that all firms looking to build a culture of inclusion and respect should adopt a ‘zero tolerance’ policy on harassment, bullying and discrimination,” she continued.

4. Be flexible
“One of the most cited reasons that women do not apply for some positions is concern over work-life balance,” revealed Dykstra, before urging HRD’s to seriously consider adding more flexibility to workplace policies and senior positions.

5. Show us you mean it
Even simple changes make a significant – albeit subconscious – impact.
“Be more visibly female-friendly in advertising campaigns and marketing material,” suggests Dykstra. “To attract female talent, it’s important to include the right imagery in your company’s marketing and promotional material, for example featuring pictures of female employees on your website,” she continued.