The Australian Bureau of Statistics had an interesting revelation with its latest wage growth data. 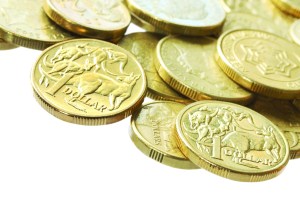 Pri
vate sector wages grew at the slowest pace on record in the three months to September.

During the September quarter, private sector wages grew at 0.5%, and over the year increased by 2.1%.

This was the slowest rate of growth recorded since the Australian Bureau of Statistics began the wage price index survey in 1998.

Public servants did not receive a notably higher increase; their wages grew at a marginally higher rate of 2.7% over the year.

Australian wages for the entire workforce grew at just 2.3%, which was the lowest overall growth ever recorded.

The strongest wage increases were seen by the accommodations and food services sector, which experiences a rise of 1.6%.

On the other end of the scale was the financial and insurance services sector, which experienced a wage rise of just 0.2%.

HC spoke to Bessie Hassan, consumer advocate at finder.com, about what the slow wages growth means for the Human Capital market.

“While wages are still growing, wage growth is slowing, and the real concern is that inflation may overtake pay rises,” Hassan said.

“But this doesn't mean workers should be expected to lower their expectations when it comes to job and salary satisfaction.

“The fact remains there'll always be a place for highly trained staff. The question is, will businesses be able to retain them if salary increases are below expectation?”

Hassan also told HC that organisations and HR professionals need to consider alternative ways to incentivise staff if they want to keep them, as well as boost morale and productivity levels.

“Employees appreciate transparency and it's not surprising that rewards policies are being implemented across more workplaces,” she said.

“Office perks, such as free lunch, or flexible working conditions, should and need to be a serious consideration by managers and business owners, alike.

“These are no longer suggested improvements for modern workplaces; they're essential.”