A record number of 750 HR industry leaders gathered at The Star Sydney on Friday night for the annual Australian HR Awards. Who were the big winners? 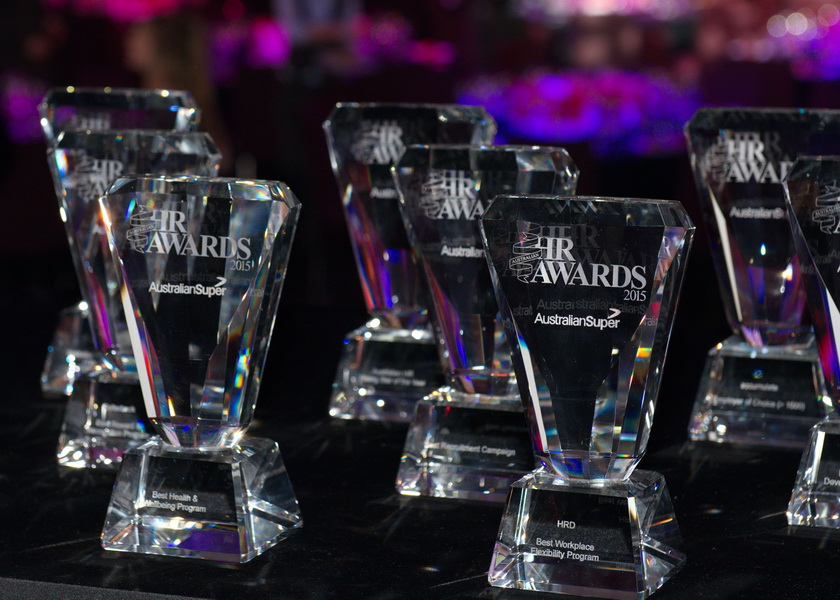 A r
ecord number of 750 HR industry leaders gathered at The Star Sydney on Friday night for the annual Australian HR Awards. Following weeks of anticipation, 19 awards were announced with software company Atlassian and healthcare giant Johnson & Johnson among the big winners on the night.

MC Larry Emdur kept guests entertained and attentive with anecdotes from his current stint on Dancing with the Stars, while musical entertainment was provided by international hit show Boys in the Band and songstress Toni Bird.

The high calibre of entries this year resulted in a particularly strong pool of finalists and an even more impressive list of winners.

Ranked #1 on this year’s BRW Great Places to Work list, Atlassian took home three awards including AustralianSuper Employer of Choice (<1000), Best Graduate Development Program and Best Recruitment Campaign. The company has grown 40 per cent over the past year and implemented a series of HR initiatives including onboarding and diversity programs and leadership development for their people managers.

The award for Australian HR Team of the Year went to Qantas, recognising the HR team’s critical role in one of the largest turnarounds in Australian corporate history. James Allan, chief HR officer, Qantas International, Freight & Catering, accepted the award. “It’s been a lot of hard work, and it’s a great team effort. I’m very proud of everyone inside the business but especially the HR team. They’ve been really resilient and I’m so proud,” he told HC Online.

The Australian HR Champion (CEO) of the Year was awarded to Family Planning Victoria’s Lynne Jordan for her advocacy of robust HR practices in the organisation.

Jordan said her organisation made the decision to invest in human resources several years ago and “it has been an amazing journey since then”. She conceded that HR in any not-for-profit has its fair share of challenges, but especially when the HR team consists of just one individual. “I have a HR team of one, so my people services manager is about changing culture, about rewarding people and about flexibility in the workplace. It’s all-encompassing and they do such a great job.”

Jordan was full of praise for the HR profession in general: “It’s just fantastic and it has been presented well here tonight. It’s been an evening of celebration, an evening of diversity. There are so many opportunities for human resources to make a difference in our community.”

Winner of the highly sought after Rising Star award went to Josh Cass of Aecom. Having worked on a group integration project as well as a diversity strategy program for the company, Cass has been exposed to wide-ranging generalist HR activities in his 12 months with the company. He was “chuffed” that his manager had flown from Melbourne to be with him on the night. Cass was thrilled to be part of the rapidly evolving HR profession. “If you look back a number of years HR has probably traditionally been more administrative,” he said. “This has changed. I think of myself as a business person first and as we grow as a profession I think HR will only become more engrained as business partners.”

Amidst fierce competition, the Australian HR Director of the Year category was won by Johnson & Johnson’s Amanda Towe, who over the past year has led a series of innovative people initiatives to drive the organisation’s strategy including the implementation of a new OneHR operating model, Enterprise Talent Strategy and Diversity Strategy.

Towe told HC Online on the night that she was “overwhelmed” with the accolade. “I think it’s amazing to have such a big celebration, with the representation of all the great companies here. I think it’s great for our external reputation as HR practitioners. It’s also great for our internal reputation as well. We can leverage these accolades within our business to continue to grow the HR function.”

For the full list of winners please CLICK HERE to visit the Australian HR Awards website. Look out for full coverage in the September issue of HRD magazine.