Australia ‘middle of the pack’ in handling ageing workforce

Research by PwC has revealed that is falling behind when it comes to engaging mature workers – while New Zealand continues to prove itself as a global leader. 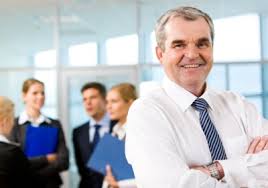 href="/au/companies/pwc/148745">PwC launched the results of the Golden Age Index yesterday, an OECD ranking of nations by their employment of mature age workers.

Iceland, the occupier of the top spot, has retained the highest place since 2003.
The index is a weighted average of seven indicators that reflect the labour market impact of workers aged over 55: “While Australia is in the middle of the pack moving from 20th to 15th place among the 34 nations, New Zealand continues to excel, maintaining its second place behind Iceland,” Williams said at the launch.

He explained that the PwC modelling shows that If Australia’s employment rate for workers aged 55-69 grew to be equal to that of New Zealand’s by 2050, Australia could: “Employing more mature workers doesn’t block the path for younger workers, it actually makes our nation stronger, as more workers generate more demand and therefore more jobs in the economy,” Williams continued. “However we need to change our social bias toward older workers to allow this to happen.”

Williams criticised the population’s mindset, which he suggested needs to be moved out of a rut.

“We are stuck in a cradle to grave model of career progression with a stigma towards changing careers and taking a step back,” he said. “Treasurer Joe Hockey’s appointment of Susan Ryan AO as the first Ambassador for Mature Age Employment is a great step forward. It’s pleasing to see the Federal Government’s commitment to a group of workers that are sometimes overlooked.”

This year’s Budgest Announcement included a pledge to improve career prospects for mature workers, with the Government reducing the payment period of the $10,000 ‘Restart Wage’ subsidy to 12 months.

“Businesses who make better use of the skills and experience of older workers gain a real competitive advantage at a time when their customer bases are also ageing,” Williams said.

“From the perspective of an individual company at a point in time, it might seem that more older workers could just block progression and new job opportunities for younger workers,” the report’s authors said. “However, from a longer term macroeconomic perspective, as we are adopting in this study, this should not be the case.”

The report suggested that businesses could gain from job redesign and role shifts to enable longer careers and manage the health issues facing older workers.

“Training and development should not stop at 50,” the report states. “Family crisis leave, career breaks and alumni programmes could all help to utilise the skills of older workers at a time when customer bases are also ageing. Age should be included in diversity audits for companies.”

It was also suggested that companies should strive to “move away from linear seniority-based career paths”.

“This would allow older workers, where appropriate later in their careers, to shift down into part-time or advisory roles, avoiding any possible blockage to the career progression of younger workers,” the report reads.

Is Scandinavia’s approach the answer?

According to the index, Sweden has one of the OECD’s highest employment rates for older workers, particularly amongst women.

“This reflects a series of policy measures since the early 1990s to counteract early retirement and support older workers,” the report says. “A new state pension regime introduced in the 1990s provided incentives to keep working beyond 65, supported by tax incentives for both individuals and employers.”

“Policies to keep women in the workforce after maternity also seem to be reflected in longer working lives for women. This may also be influenced by evolving social norms.”

The top 20 countries for employing mature workers are: