It’s been a year of change for technology vendors, and 2017 is shaping up to be just as disruptive 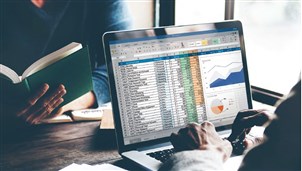 >It’s been a year of change for technology vendors, and 2017 is shaping up to be just as disruptive

HR technology is big business – big to the tune of US$14bn being spent by organisations globally each year. Fuelled by the need for mobile and analytical capabilities, the industry is being shaken up by smaller, more nimble disruptors.

HR industry veteran Josh Bersin described it this way to Forbes: “The story is simple and has repeated itself. Just as a cottage industry of online recruitment, learning, and performance management vendors disrupted incumbents in the early 2000s (prompting SAP to pay US$3.4bn for SuccessFactors, Oracle to pay US$1.9bn for Taleo, and IBM to pay more than US$1.1bn for Kenexa), a new set of disruptors are doing it again.”

In this context, HR professionals can rightfully claim to be confused or daunted by the prospect of changing or updating their HRIS. It’s no surprise that a company like Silverdrop HR and Payroll Services, headed by Managing Director Gerard Barwell, is excelling. Silverdrop is not a technology vendor. Although it specialises and works with clients on Chris21, Silverdrop will take a holistic view of each client’s technology needs. The company can provide auditing services, health checks, assistance with system integration, and maintenance and performance improvements.

“What we find is that very few organisations have a single HRIS; they have many,” says Barwell. “We’ll come in and deal with any issues they’re having. As an example, we often find that where the symptom is will not be where the actual cause of the problem is. We might be brought in to look at integration with a finance system but find the actual cause is their time and attendance system, which is not providing the data to the payroll system and therefore the finance system cannot operate.”

Decision time
In recent years, Barwell has noticed an increase in HR involvement in technology decisions, and notes there are “some very savvy HR directors” who are almost running an end-to-end process, from selection to implementation – all without getting their IT team involved.

Fortunately, Barwell reports that Australian HR professionals are, on the whole, smart adopters of new technology. “There’s a good mix of knowing when it’s time to upgrade and taking the right amount of time to choose technology,” he says. He adds that this is in stark contrast to his experiences in Asia where a lot of the decision-making was purely based on price and “many decisions were being made based off PowerPoint demonstrations”. In Australia, where HR has technology that works well, even if it’s a little dated, they will take steps to combine new technology with the bits that are no longer  working effectively.

Big vs small
All of which feeds into the eternal debate: is an integrated system best or does best of breed hit the mark?

Barwell says the big vendors are still pushing the “ideal vision” of having a single, all-encompassing system. However, in his 18 years in the game, he has “never come across a single organisation that has been able to do their full-length HR operations in one system”.

“You cannot get away from having multiple systems, and people are increasingly realising this. It means the integration of systems is becoming a much more dominant element in the tech space.”

While Workday, SAP and Oracle battle it out with newcomers like ELMO for the 20,000-plus employee market, at the lower end – any employer with fewer than 2,000 employees – Barwell has found there are many more options.

“This is enabling many organisations to get on board with new features and functionalities without having to outlay the costs involved with Workday or Oracle,”he says. “There’s so much good-quality technology at a low price, but it’s also flexible and smart. It can be implemented quickly, there’s a lower cost to maintain it, and being a cloud solution it means you receive automatic upgrades without going through the hassle of on-premise solution upgrades.”

WHAT’S THE KEY TO A SUCCESSFUL IT/HR RELATIONSHIP?

“I think it comes down to communication between the parties,” says Barwell. “I find that where the IT and HR teams communicate well, they’re doing better. From IT’s perspective, security is top of mind, yet HR can often see that as an excuse: IT is simply blocking my new systems from being implemented. To bridge this gap, HR professionals need to become more tech savvy and have a better understanding of the IT decision-making processes. It helps if everyone is on the same page, but when we look at communication, HR is naturally generally better at people-to-people communication than the IT team. Therefore I think HR need to be the drivers of increasing the communication between the two teams.”

Integrating systems
With best-of-breed system uptake on the rise, Barwell sees integration as being necessary on three levels. Barwell has simple advice to HR practitioners looking to integrate multiple systems: take your medicine up front. “If you spend a bit more time and money getting better automation and integration up front, you’ll be set for the next five years. If you don’t take that extra time/money up front you’ll end up with much higher costs over time.”

Future gazing
Looking ahead to 2017, Barwell says we’ll see discussion turning into action when it comes to mobile technology.

By ‘mobile technology’ Barwell specifically means a single interactive staff portal where everyone can see data in real time across all the systems in place.

The other big trend will be around big data and data analytics. Barwell cites RITEQ, which traditionally played in the time and attendance space but now has data scientists in place to start looking at trends in the data being generated by clients.

“We need to look at data by starting with the end in mind,” he says. “When data scientists look at data they’re not just seeing numbers on a page; they’re looking to answer the critical questions that a business is asking. What we’re getting to is actionable data. Don’t just provide information for information’s sake but tell me what I can do with it.”

Even more exciting, Barwell predicts ‘game changer’ technology will revolutionise HRIS platforms, along similar lines to the shift from traditional mobile phones to smartphones. Rather than simply updating their interfaces but leaving the processing and back-end untouched – perhaps resulting in a 2–3% improvement in capability and efficiency with each upgrade – this new era may see up to a 20–30% improvement in those same areas. These gains, he adds, will likely come from IDAM integration and better data analytics tools.

“My slant on HRIS is that for the last 10 years there hasn’t been much innovation,” Barwell says. “It has been quite incremental. With HRIS, it’s still the case that to get more out of the system you have to put more hours into entering data into a solution. That’s not right. We should be moving towards being able to process data at the hit of a button or being able to get outputs without so much work.”

LET ME ASK YOU A QUESTION ABOUT…

1. Best of breed or ERP? “If they’re looking at best of breed, what are the integration options?”

2. Cloud vs on-premise? “Even though most of the sales and marketing speak out there is focused on the cloud, you’ll still find a huge number of organisations that have their core HRIS running on-premise, or often they’ll have a mix of cloud vs on-premise solutions.”

3. What’s the overlap? “HR wants to know how whatever they are buying will overlap with other systems. Vendors will have multiple pieces to their offering. Frontier, for example, has very strong payroll with some HR. RITEQ has a background in rostering and time and attendance, but has now introduced data analytics. ELMO’s background is learning management, but they have things like recruitment and performance management on the side. Just about every system has core strength and then a ‘plus something’– and it’s the plus bit that HR may struggle with. A lot of the decision-making comes down to how you deal with system overlap.”

SILVERDROP HR AND PAYROLL SERVICES
Gerard Barwell is the Managing Director and Founder of Silverdrop HR and Payroll Services. He has worked in the HR industry since 1998 and has also worked in the Telecommunications and Data Hosting space. Gerard has had hands-on experience with various HRIS platforms as a Trainer, Helpdesk Manager, Consultant, Sales Manager and Systems Partner. Silverdrop provides effective HR Technology solutions that enhance organisations’ success.