The public services organisation is on the path to gender diversity at senior levels thanks to several initiatives. 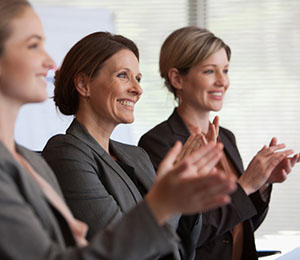 The Australian Bureau of Statistics (ABS) has doubled its proportion of women bosses in a matter of months, after making substantial changes to its recruitment practices.

Chief among the ABS’s new initiatives was a ‘blind’ recruitment process, in which names and other identifying details in applications were withheld from selection panels. Employing this method, the ABS filled hundreds of jobs in late 2015, following the lifting of its hiring freeze.

In terms of recruiting female bosses, the ABS said they took a simple but effective approach: merely asking women what they wanted from these senior roles. The organisation has made a point of trying to remedy the lack of female employees at a senior executive service level in Australian public services.

James Palmer, ABS chief operating officer, said that countering ‘unconscious bias’ was behind the blind recruitment, and that this remains a problem for HR managers in the public services.

"Despite people's best intentions, they still operate in a way that draws on their inherent biases," he said. "It wasn't about perfect anonymity because you can't redact everything that might indicate somebody's identity or origin, you might end up with the whole application blacked out.

"But you can certainly remove any indication of what the person's gender is."

The blind recruitment process, however, was secondary to the importance of gleaning what women want from senior executive positions, with flexibility among the key areas requiring scrutiny.

"We are designing jobs that are appropriately flexible, making it possible for people to work from home, or working from another office so they don't have to move to Canberra to get into the SES," Palmer said. "That's a very powerful enabler of advancement for women.

"The other thing I found was just the need to encourage women to apply... Women like to apply when they're very ready, blokes will often just apply if they think they've got a shot at it.

"So we encourage supervisors to ask, don't assume when considering which staff may be interested in new challenges or opportunities. You might find that the woman you thought was desperate to get home and look after her kid is actually up for a bit more of a challenge, so you should ask and don't make assumptions."