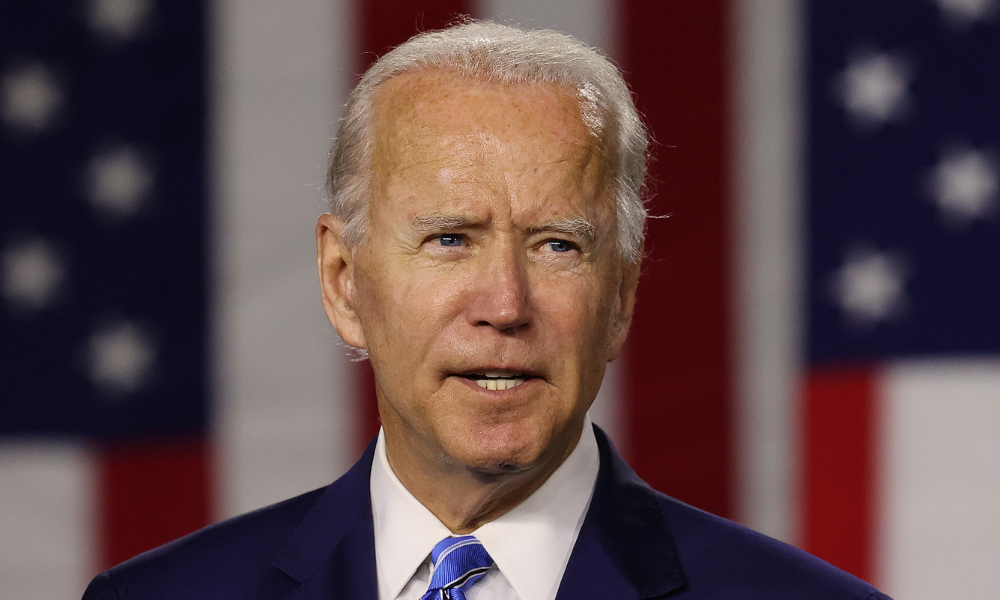 President Joe Biden admitted that his vaccine mandate for private businesses is “unpopular,” but that the requirements are in place to save “thousands of American lives.”

“The rule is legal and effective,” Biden said during an address to the nation on Tuesday. “When people are vaccinated or tested, they're much less likely to get sick and less likely to spread it to others. Customers are more likely to come in and shop because they know it's a safe environment.”

The president’s comments come on the heels of a federal appeals court reinstating his mandate, which requires workers at companies with 100 or more employees to be fully vaccinated against COVID-19 or submit to weekly coronavirus tests to confirm they don’t have the virus.

The United States Court of Appeals for the Sixth Circuit in Cincinnati lifted the Fifth Circuit’s injunction from November, allowing the Occupational Safety and Health Administration (OSHA) to implement and enforce the mandate. Because of the legal limbo over the past month, the Labor Department says OSHA will not issue citations for noncompliance with any of the requirements, including a mask mandate for unvaccinated workers, until Jan. 10. Furthermore, it won’t issue citations for the testing requirements until Feb. 9, as long as businesses are making “good faith” efforts to implement the rules.

Just hours after the 6th Circuit’s ruling on Friday, at least three petitions were filed to the Supreme Court to block the mandate, FOX Business reported. Even if the high court decides to rule on the issue, history indicates that the mandate will be enforced. Last week, the Supreme Court refused to block a New York regulation mandating COVID-19 vaccinations for health care workers. In August, Supreme Court Justice Amy Coney Barrett refused to block a plan by Indiana University to require students and employees to get vaccinated against COVID-19.

On Tuesday, Biden outlined several steps for combatting the spread of Omicron during the holiday season and beyond. He announced the government will provide 500 million free rapid tests to Americans starting in January. People will use a new website to order their tests, which will then be sent by mail at no charge, according to the White House.

The federal government will also establish new testing sites, with the first opening in New York this week. White House officials said they’re working with Google so that people will be able to find them by searching “free COVID test near me,” The Associated Press reported. Under the Defense Production Act, the government will also be able to help manufacture more tests. Currently, the country can conduct roughly 600 million tests per month, according to researchers from Arizona State University.

Additionally, Biden said he’s prepared to deploy an additional 1,000 troops with medical skills to assist hospitals during the surge in COVID-19 cases. He’s already sending federal medical personnel to Michigan, Indiana, Wisconsin, Arizona, New Hampshire and Vermont. If needed, the Federal Emergency Management Agency will deploy hundreds of ambulances and paramedic teams to transport patients to beds in other hospitals. Ambulances are already headed to New York and Maine, and paramedic teams are going to New Hampshire, Vermont and Arizona.