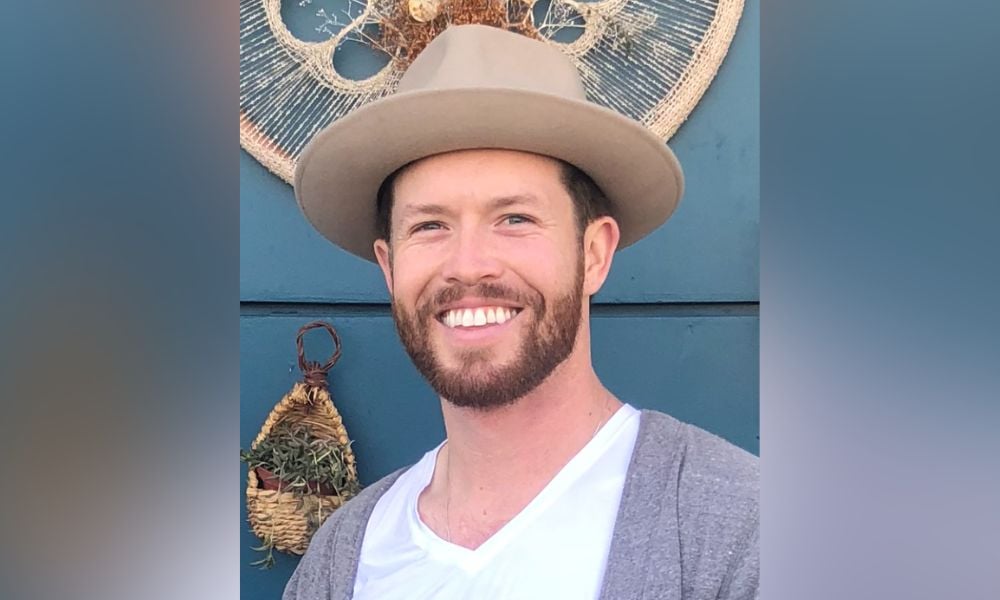 It was the scariest moment of Carson Finkle’s life.

The California native was on the verge of beginning a new chapter. A graduate of Los Angeles-based Occidental College, he put his bachelor’s in economics to good use, spending five years in sales at Time Warner Cable Media. Embracing his entrepreneurial spirit, he then pursued the startup path, launching various firms throughout “The Golden State.”

In March of 2018, he was winding down one company and starting another when he suffered a panic attack in his sleep. “I couldn’t wake up from a nightmare,” Finkle told HRD. “I was crying uncontrollably. Honestly, I thought I had lost my mind.”

Burning the candle at both ends, Finkle believed the universe was giving him a sign that he needed to make a change. Thus, he began a “personal pilgrimage” consisting of reading, yoga, meditation and attending conferences and events to assist with his personal development. During his metamorphosis, he discovered a form of breath work that had a profound impact.

It couldn’t have come at a better time, as everybody needed to catch their breath at the dawn of the COVID-19 pandemic. Trained to facilitate meditation sessions, Finkle offered his services free of charge to family and friends in need. After many referrals, he realized this could be big business. Scratching that startup itch once again, he launched the Create Meditation website in the beginning of 2022.

“The whole ‘woo-wooness’ of mindfulness is behind us,” Finkle says. “Science is coming into the fold and people are buying in. It has become more apparent that it’s needed, especially when you consider how we’re all constantly connected with texts, emails, social media, etc. Our minds are on alert all the time.”

Although Portugal, France and other countries have “right to disconnect” laws that prevent employees from work communication when they’re off the clock, it’s highly unlikely the United States will ever adopt such legislation. However, California is the one state where such a law is at least plausible. After all, it’s one of the most employee-friendly states in the country due to its progressive policies. California already has laws and regulations around how much time is required off between shifts and strict overtime payments for working more than a certain number of hours each day or week.

“It would be an extremely complex process to adopt such legislation across the country, but there is always the potential for more socially progressive states to do so given sufficient demand,” Tina Hawk, HR veteran and advisory board member at IT consultancy Cloud Nerd, told HRD.

“A significant cultural shift will be necessary as a foundation for the adoption of such laws. We're at the beginning of a huge shift in cultural attitudes regarding how we work, and what we're willing to sacrifice for that work. The Great Resignation is a result of that. So, things can definitely change quickly, if the timing of conditions is right.”

But that doesn’t mean employees can’t negotiate it for themselves. “In the current job market, job seekers have the upper hand,” Strazzulla told HRD. “Worker shortages have struck nearly every industry so, as an employer, you'll have to make some consolations if you want to get the best talent. Agreeing to honor their home life is a small price to pay to get the best people for your company.”

If businesses want to truly support their employees’ well-being, both physically and mentally, Finkle argues that company leaders, such as the CEO, C-suite and head of HR, have to buy in. Because they shape company culture, they can make self-care a priority. But they have to start with themselves.

To illustrate the importance, Finkle uses the champagne tower analogy.

Business owners tend to put themselves last on their to-do list. Basically, work, family and friends all come first. Well, if you consider yourself as the top glass of the champagne tower, by filling your own cup first, it will overflow into the cups of the people closest to you in your life. Then, their cups will overflow, and you’ll see a trickle effect throughout the company. Eventually, it will flow down to your customers, too.

Read more: Could California ever pass ‘right to disconnect’ law?

“When mindfulness becomes a priority for the company, people aren’t fully aware the impact it can have on company culture and the bottom line,” Finkle says. “When you look inward at thoughts and emotions, you’re increasing your empathy and EQ, which allows you to be a better communicator and understand your employees better. That goes a long way toward team engagement and morale.”

Although any type of wellness benefit is a good start, Finkle suggests companies promote more group efforts. For example, having lunch outside or taking a meeting from the boardroom to a walk around the building or neighborhood. Before starting a meeting, perhaps the leader can ask everyone to take five minutes to meditate. For those working remotely, group yoga or meditation classes can be done through Zoom.

“When it’s built up as a team element, there’s more of a buy in by people,” Finkle says. “Everyone knows working out and exercise is good for your health, but a lot of people don’t do it. Meditation and mindfulness are also important, but people still don’t act. That can change if add a team commodity element that’s truly inclusive.”