From retail to venture capital to research: One HR leader's journey

'I learned a lot with California being a complex employment state' 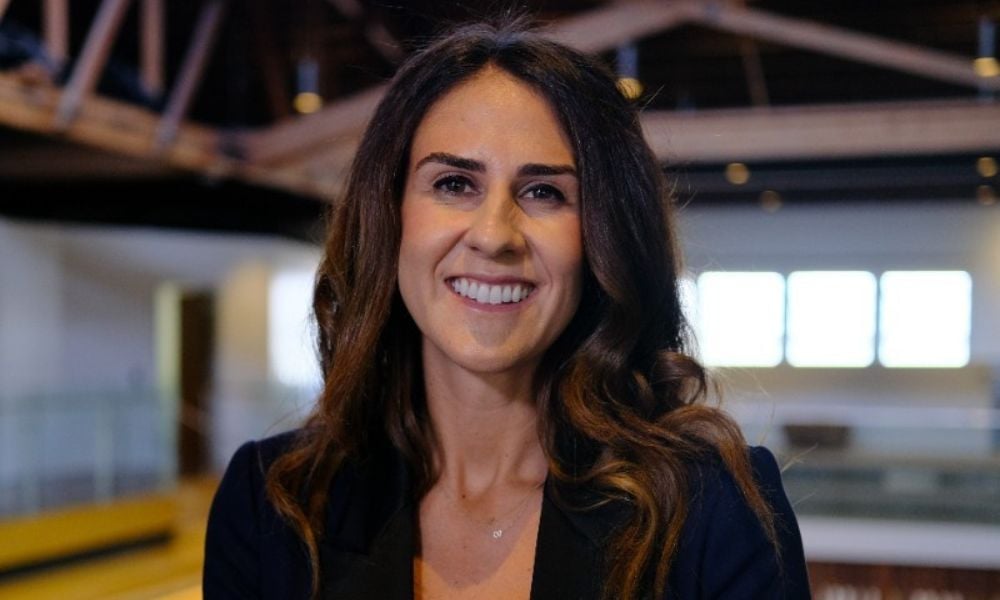 Donning a red coat, Jenny Swisher walked out of her consumer behavior marketing class and into a career fair, where she interviewed with Target.

That serendipitous experience kicked off a 12-year (and counting) journey in HR for the California native, who earned a degree in business administration – marketing from the University of Washington's Michael G. Foster School of Business.

Before joining the retail giant, she interned at another iconic red logoed brand: Mattel. Growing up with Barbies and Hot Wheels, Swisher says it was a surreal experience working at the El Segundo, CA-based toy manufacturer, especially considering it was her first gig in Corporate America.

At Target, she started as a campus recruiter and quickly moved up the ranks to senior HR business partner, covering 15 stores in the Northern California territory. She was also involved in training fellow HR professionals when the company expanded into Canada.

“I learned a lot with California being a complex employment state,” Swisher says. “Having that exposure to large corporations and seeing how they embrace talent, get you up to speed and create these robust machines that support business success was absolutely invaluable.”

While the retail industry laid the foundation for her HR expertise, Swisher was itching to explore her surroundings. Being in the Bay Area, which she calls the “tech mecca in the U.S.,” she felt it would be a missed opportunity if she didn’t take a chance at another employer. So, she jumped to Hercules Capital, Inc., a relatively small venture firm in Silicon Valley. “I went from having all the resources in the world to not having many at all,” Swisher says.

Less than a year later, she joined BrightTALK, a San Francisco-based B2B platform specializing in webinars, videos and virtual events. During one of her interviews with the company, the chief marketing officer compared Swisher to Goldilocks: she had worked for a large company, a small company and now it would be just right. Helping BrightTALK grow over seven years is one of her proudest achievements in her career.

“When you get the values of your organization right, so much naturally comes from that,” Swisher says. “Every organization has values, but some organizations choose not to formally write them down and talk about them.”

Relying on your company’s core values

At BrightTALK, Swisher saw the importance of integrating values in the day-to-day operations, making sure they were part of brand communication, communication with candidates and how higher-ups assessed and promoted talent. “When you have to make difficult decisions, you lean on values and it communicates trust to your employee population,” Swisher says. “Values keep people engaged and advocating for your brand.”

In July, Swisher embarked on a new path, becoming the first chief people officer at the Los Angeles-based National Research Group (NRG), a pioneer in the Hollywood research industry. (NRG is a firm within global marketing and communications group Stagwell.) Brought on to help guide NRG through its next phase of transformative growth, Swisher followed the return of Grady Miller, former head of consumer insights at Apple TV+, who now serves as chief marketing officer.

“Jenny is a charismatic, empathetic and compassionate leader, with a strong track record of creating dynamic teams united by a values-driven culture,” said Jon Penn, CEO of NRG. “She empowers employees to do their best work by being their best selves. We're thrilled to have her supercharge our commitment to making NRG the employer of choice for smart, ambitious people everywhere.”

With a dozen years of experience in the HR industry, Swisher has seen her role shift from a back-office, compliance-oriented, reactive function of a company to a proactive, strategic, consultant with a seat at the table. Inspired by the constant evolution of her field, she understands the one aspect of her job that remains the same: bringing out the best in people.

“Your people strategy can’t be stagnant,” Swisher says. “Your employee population is constantly changing. As a people professional, you have to make sure you’re refining and pivoting and sometimes going with something new and fresh. You can’t operate in a silo. Your programs are only effective if they’re meaningful, embraced and leveraged day to day. Otherwise, the vision you have will never become a reality.”