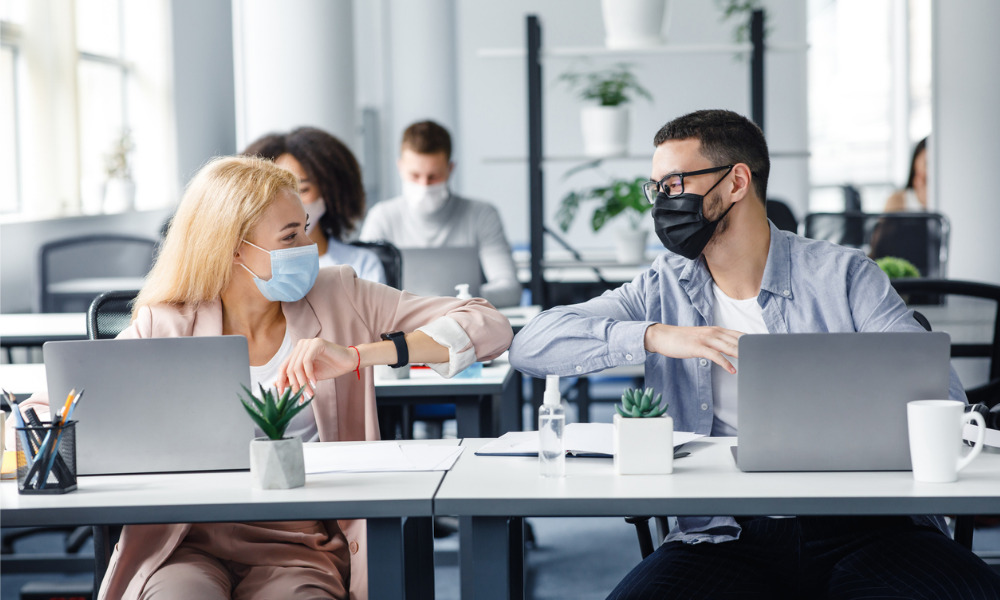 About three-fourths of employees feel happy about being back in the office, according to new findings from Beamery, a London-based HR tech firm.

Can you believe it? That certainly goes against everything we’ve been reporting this year, especially for employees in Silicon Valley. After all, Apple’s director of machine learning resigned last month due to the Cupertino, CA-based company’s return-to-office policy, in which employees are expected to be in the office at least three days a week.

Of the more than 2,500 U.S. employees surveyed, 70% said that, to some degree, their employer is concerned that people are less productive when they’re not in the office, according to Beamery’s latest Talent Index. Conversely, 70% of employees (especially those ages 18-34) disagree with their employers, feeling they’re more or just as productive when working from home.

Read more: ‘Hybrid work has been a lot worse for morale’

“The hybrid landscape has, to some degree, granted space for employees to adopt best-fit working patterns,” said Abakar Saidov, co-founder and CEO at Beamery. “Employers are mostly continuing with flexibility to guarantee productivity, and yet workers are still considering their next move. To continue motivating top talent at such a pivotal time, business leaders would do well to prioritize talent mobility strategies, which are clearly in demand, to reinforce that investment is still being made in training and career development - which will also improve retention rates.”

Furthermore, talent mobility within an organization is becoming of utmost importance to employees – 77% said they would stay with their current organization if they had better opportunities for internal promotion or lateral moves or were supported with training and development to move into a new role within the business. Similarly, 58% said they would be likely to leave their current employer if the company was recruiting externally for a role that they were interested in and weren’t invited to apply or weren’t considered for in the application process.

That’s the least surprising statistics in the survey considering the Great Resignation, in which companies across the United States are experiencing historic turnover. More than 4.4 million Americans quit their job in April, following similar amounts in March and February, according to the U.S. Bureau of Labor Statistics. That means nearly 70 million Americans have quit their job over the past year. Prompted by the COVID-19 pandemic to re-evaluate their priorities in life, employees have been leaving their positions for greener pastures, demanding higher salaries, better working conditions, improved work-life balance and more opportunities to advance their career.

However, the Great Resignation may finally be slowing down, as companies in the tech, crypto and financial industries make massive cuts due to declines in their respective markets. When compared to the previous edition of Beamery’s Talent Index, confidence levels in finding a new job have waned slightly, dropping from 77% to 69%, indicating that the current environment is starting to have an impact on what has been an employee-driven job market.

Despite this, more than half (57%) still said they would likely look for roles at other companies, even if there were a recession. For those who have either left a job or have considered leaving their current job in the last 12 months, the top reasons for doing so include better pay (32%), no salary increases (26%), and poor management (25%).