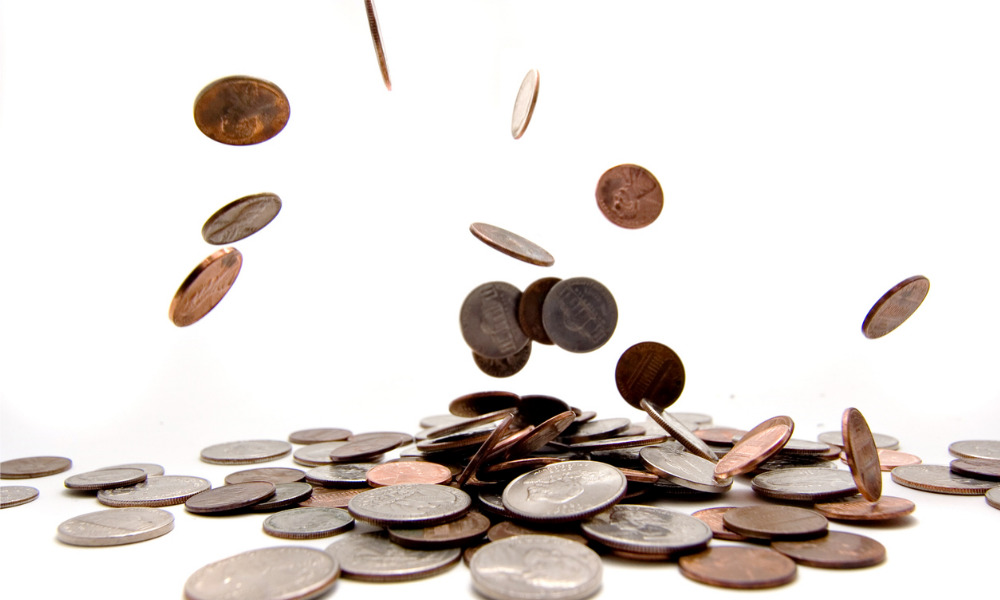 A penny for your thoughts? Well, a Georgia business owner aired his grievances by dumping more than 90,000 pennies in his ex-employee’s driveway.

Andreas Flaten filed a complaint with state labor regulators last year, accusing his former boss of failing to issue his final paycheck of $915. Miles Walker, the owner of A OK Walker Autoworks in Peachtree City, GA, responded with a massive delivery that went viral.

That’s illegal, according to the US Department of Labor, which filed a lawsuit against the auto repair shop for violating federal labor law by engaging in retaliation. According to the lawsuit, Walker decided to pay Flaten in pennies within hours of learning that he had contacted regulators over his missing paycheck. The Labor Department also argues that Walker illegally deprived other workers of overtime pay and failed to keep proper pay and work records.

The Labor Department is seeking $36,971 in back wages and damages on behalf of multiple employees, including Flaten.

A OK Walker Autoworks issued a statement on its website, which has since been removed. The post said the company asked the Labor Department if it was allowed to pay Flaten "in cash of any denomination" and that the agency didn’t offer specific guidance, CBS News reported.

“There were exactly 100,003 pennies, 750 dimes, 2 quarters, a nickel, and his pay stub in the pile,” the post stated. “That is a lot more than what we were legally obligated to give him. Why so much more? We figured that he would have had enough intelligence to just have the pennies counted and exchanged.”

A worker engaging with the Labor Department is protected under federal law, according to the agency. “Workers are entitled to receive information about their rights in the workplace and obtain the wages they earned without fear of harassment or intimidation,” said Steven Salazar, district director of the Atlanta Department of Labor Wage and Hour Division.

After the Labor Department filed its complaint, Flaten said he would encourage other workers who feel they are wrongly denied their wages to file a complaint. “They definitely should not be scared to reach out,” Flaten told Business Insider. “Speak up. Don't be quiet about it. Because if you're quiet about it, it's just going to continue to happen to you and everybody else.”

For employers to build an ethical workplace, employees must feel safe reporting misconduct. Without people who are willing to come forward, it would be impossible for organizations to be compliant and to hold those who commit wrongdoing accountable, according to the 2021 Global Business Ethics Survey.

Nearly nine in 10 employees (86%) who took part in the study said they reported “every” or “some” incidents they witnessed in 20202. However, their tendency to report these encounters depended on the kind of behavior exhibited. For example, US workers were purportedly “most likely to report incidents of abusive behavior” (60%), but “least likely to report favoritism” (40%).