Arbitration agreement was included in parent company's employee handbook, which was distributed via email 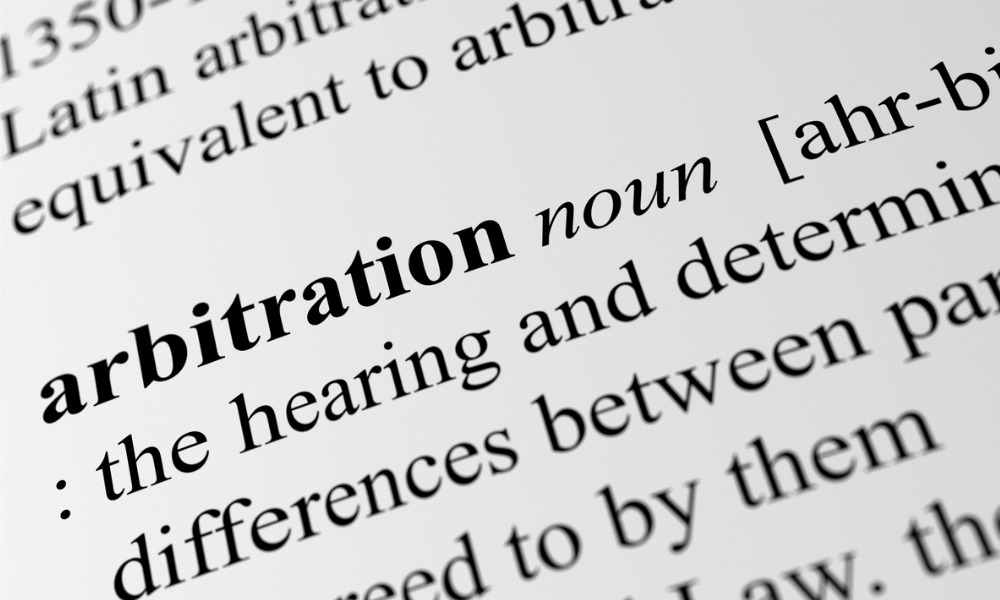 In a recent case, a former employee initiated a case against her previous employer for discrimination, harassment, and wrongful termination. The defendants attempted to compel arbitration based on an agreement that the employee allegedly acknowledged through electronic means.

The plaintiff sued the defendants – who were the insurance company, the plaintiff’s direct supervisor, and the person to whom she indirectly reported – for economic, noneconomic, and punitive damages and for attorney fees.

The plaintiff’s claims included discrimination and harassment based on disability by association and age in breach of California’s Fair Employment and Housing Act, as well as wrongful termination in violation of public policy.

The defendants argued that the plaintiff agreed to and was bound by the employee handbook’s arbitration provision and that an arbitrator should determine the “gateway” issues regarding the dispute’s arbitrability. To support its motion, the defendants presented a declaration of Michael Reagan, Cigna Corporation’s employee relations managing director.

According to Reagan, he was familiar with the personnel policies and practices of Cigna Corporation and its subsidiaries and was responsible for overseeing the handbook’s roll-out and for tracking the employees’ acknowledgement of the handbook. The plaintiff should have received an email confirmation upon agreeing to the handbook’s terms, Reagan said.

Reagan’s declaration attached a document, which included the same language in the handbook’s last two pages and which provided that the plaintiff had acknowledged the information, had clicked the box beside the acknowledgement statement, and had clicked the ‘Done’ button on a specific date.

The trial court denied the motion to compel arbitration. The court found the following:

The California Court of Appeal for the Second District, affirming the trial court’s decision, found that the trial court had the authority to determine whether the parties agreed to arbitrate.

The appellate court determined that the evidence did not support the defendants’ allegation that the plaintiff agreed to arbitrate. First, the plaintiff’s testimony that she did not recall clicking the ‘Done’ box did not necessarily contradict her earlier testimony that she never clicked the box. In any case, the trial court properly resolved any possible inconsistency, the appellate court held.

Second, the plaintiff’s testimony that she did not remember agreeing to arbitrate, as well as her declaration that she would not have accepted the job if she knew about the arbitration provision, adequately discharged her burden to oppose the defendant’s motion to compel arbitration. Thus, the burden shifted to the defendants. The appellate court found no errors in the trial court’s determination that the defendants failed to meet their evidentiary burden.