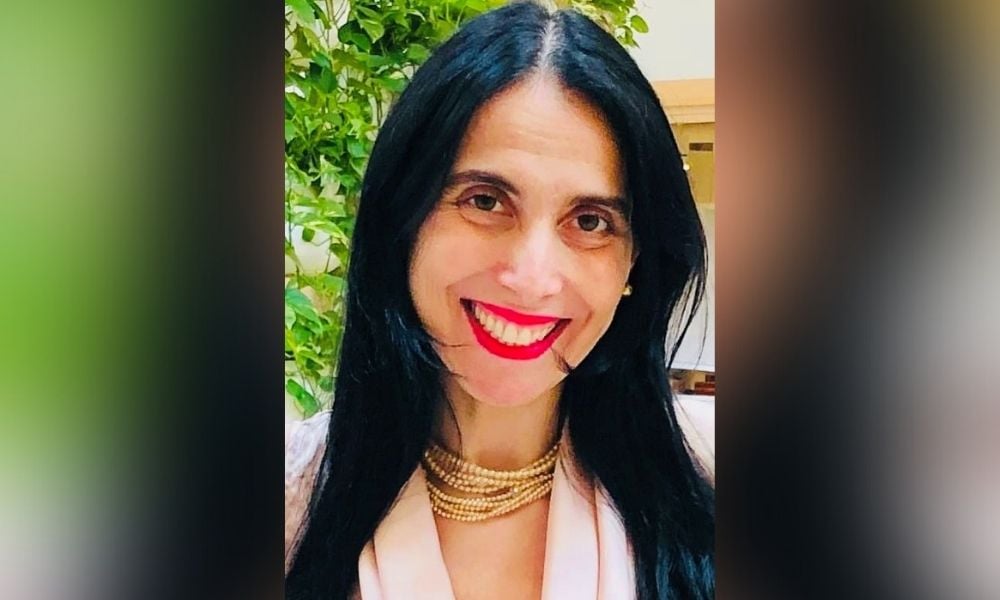 Carolyn Cannistraro was just 22 years old, fresh out of college, when she felt the pins and needles in her arm. Putting it down to nothing more than a bad night’s sleep, she forgot about it. Then, weeks later, her legs began to ache and her left side went numb. Little did she know that this was the start of her life with MS.

“It was terrifying,” she told HRD. “I went to my primary care doctor at the time. They went through a process of elimination with everything else first – I don’t think any wanted to just say outright, ‘oh, you have MS’. But eventually it was found to be just that.”

After her diagnosis, something clicked in Carolyn’s brain. It might have been the beginning of a new way of life, but that didn’t mean she had to settle for anything less than her dream career. Working her way through the ranks of Wall Street, Carolyn is now a Vice President at a major organization. But more than that, she’s a passionate disabilities advocate on a mission to change how companies see and treat differently abled employees.

It all began when, after hiding her condition from her employers for years, an accommodation request forced Carolyn’s hand.

“For a long time, for probably 14 years, I was able to hide my disability,” she told HRD. “As a woman in corporate America, I want to be judged on my performance alone. I didn’t want to be seen as ‘less than’ – I refused to be marginalized. I was so concerned about that happening. It finally reached the point where I needed some accommodations – and I had to disclose my MS. To my utter surprise, I was met with support and unconditional expressions of concern and empathy. It was totally mind blowing to me.”

Now Carolyn works with young people with disabilities who’re entering the workforce. She wants to instil in them the confidence she never had – the confidence to speak up and be honest about their conditions.

“I always say to them just trust yourself,” she told us. “Do what I didn’t do. Today, corporations are looking to be more proactive and accommodating for people with disabilities. In fact, research from McKinsey and Company says that companies which hire for diversity inclusive of disability have increased revenues of up to 35%. I want to help empower corporate CEOs and HR teams to reimagine the entire recruiting process. If we do that, we’d have such a strong economy going forward.”

As Carolyn mentioned, being mindful of disabilities in the workplace isn’t just the ethical thing to do – it’s good business sense. A study from Accenture found that businesses which actively employ people with disabilities consistently outperform businesses that choose not to. What’s more, employers that built disability inclusion into their strategy saw a 90% increase in overall retention.

“I want to expand the definition of diversity to include people with disabilities,” added Carolyn. “I always say that my disability is my superpower because of what I’ve had to deal with. Simple things like going to the supermarket requires so much planning. It’s a huge event. I really believe that the skills and talents we've developed as people with disabilities can be easily transferred into a work environment. They can only serve to expand and empower both companies and individuals.”

Carolyn knows that she was fortunate in her company’s reaction to her disability – and that perhaps for some employees it won’t be so pleasant. However, she still wants to encourage both disabled employees and HR leaders to do more to embrace disabilities at work.

“As part of my mentorship program, I always let individuals know that it’s their choice completely on when or if tell their employer. The main point I like to press is the importance of bringing your whole, authentic self to work. By voicing your disabilities, it empowers you – it educates your colleagues – and it paves the way for others to follow in your footsteps.”