CEO reveals what she'd tell her 20-year-old self 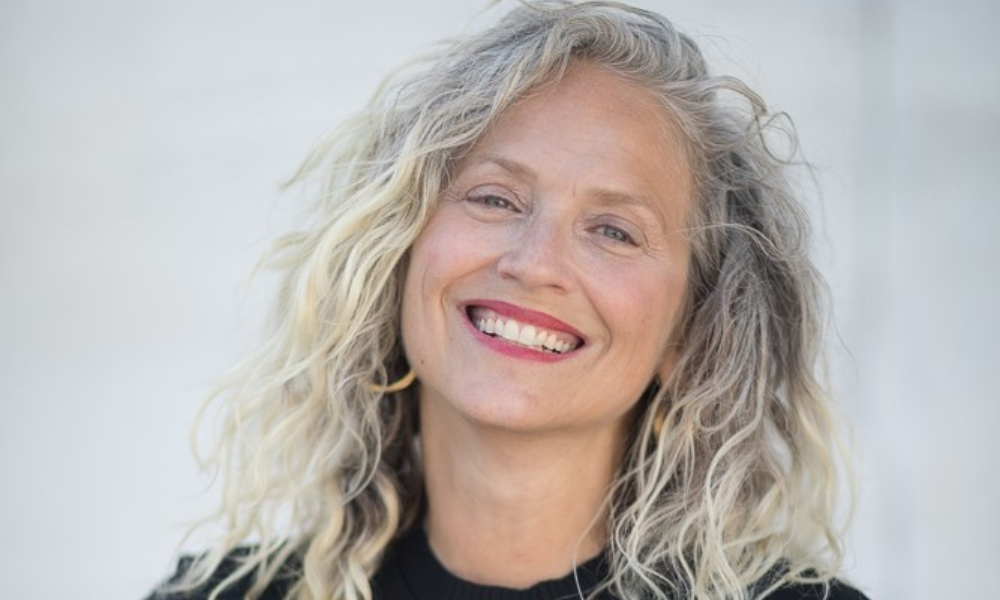 Michelle Hayward, founder and CEO of Bluedog Design, a marketing and growth consultancy in Chicago, learned that early on in her career.

Thirty years ago, Hayward graduated from Michigan State University with a major in German and political science. She asked the dean of linguistics where she should apply for a job. His response was an unexpected wake-up call that should resonate with the Class of 2022: “You’re not hirable.”

He suggested that Hayward become a temp, taking six months or a year to experience lots of different jobs, cultures, jobs and leadership ideas. His advice was invaluable, as she ended up receiving a lot of job offers, which she declined most of. She finally landed at Citicorp North America with an “amazing role,” which exposed her to “incredible leadership.”

But the work didn’t inspire her like that of brand design, an emerging field in the early ‘90s. Captivated by the marriage of creativity and science, she pivoted to an industry she’s never left.

“There’s this idea that as a young professional, you get out of school and start your career,” Hayward told HRD. “But you don’t really do that unless you go into law or medicine. You just get a job and learn how to be a professional, learning what the signals and codes of conduct are and how to create value in a role. In those early days, we look around and wonder who can help me do this better?”

Mentorship is one of Hayward’s passions. An official SXSW Mentor this year, she spoke with industry leaders at South by Southwest about creating a culture of belonging and the importance of sponsorship vs. mentorship, especially for women professionals. “As we learn and grow and build an understanding of industry, leadership, peer-to-peer interaction and the importance of culture, it all gives input into our future decisions,” she says. “It’s the foundation for how also I think about mentorship and looking for advocates.”

People tend to flock to professionals who have previously been in their role to serve as their mentor, asking a flurry of questions about how to perform their job better or how to advance in their career. Mentors can provide insight as to whether another role in the company might be a better fit or whether you’re in the right industry. Plus, they can introduce you to somebody who may be able to make an even greater impact on your career.

Feeling sheepish as I’m set to mentor people tomorrow whom I’d be grateful to have mentoring me!! Can’t wait to meet and learn! #mentorship #SXSW #mentorsession pic.twitter.com/N2ad7TsXEi

“Having a mentor is really the start of professional networking,” Hayward says. “The greatest thing about being young or inexperienced is that it’s the only time in your life where you get to be one-sided in the equation of networking. There’s no expectation for mutuality, but it still requires that the mentee be prepared so the mentor knows what’s expected of them. Think about what you’re looking to know, if there are barriers in front of you, what do other people in this role look like and how are they successful.”

Once mentors gather that information, it’s their responsibility to help you create a career roadmap, a pathway that looks as far ahead as possible, hopefully with your dream role as the final destination. A career roadmap lists the steps you need to take to achieve your goal, advising you what roles to accept and decline.

“A lot of great opportunities may come along, maybe for more money or a higher title, but they might not keep you on the path for your dream job,” Hayward says. “Maybe you want to have a family – where does that figure into your roadmap? One of my friends said, ‘you can have it all, you just can’t have it all at the same time.’ What is the job along the way that’s best suited for starting a family?”

Hayward’s roadmap led her to launching Bluedog Design in 1999. By that point, she was 29 years old and had experience in a variety of companies, from large public firms to small family businesses. She knew which characteristics she wanted to bring to her company, and which she was leaving behind. To start off, she chose the name Bluedog rather than Hayward & Associates because her intention was to foster an inclusive culture. Checking her ego at the door, she wanted employees to become leaders and feel like they could see themselves in the name.

“I came out of a couple toxic environments because the culture was either about a cult of personality or a total lack of conversation about values, which tell you how to behave,” Hayward says. “I wanted to be clear and speak to what we valued in terms of behavior. I was excited to lay down some foundational things crucial for a positive culture, like no water cooler gossip. There was a real core value around showing up as intentional human being – being intentional with how you communicate, how you manage your mood and with how you prepare for a meeting, so you don’t waste anybody’s time.”

Following those early principles, Hayward planted the seeds for Bluedog, which has blossomed into a certified B Corp. organization, meeting the highest standards for social and environmental performance. The consultancy works with household brands like McDonald’s and Mars, and last year was named No. 1 on Crain’s Chicago Business Best Places to Work list.

Hayward credits the honor in part to promoting “onlyness,” a concept borrowed from innovator Nilofer Merchant, co-founder of The Intangible Labs. Merchant defines the concept as a source of new ideas, which come from centering that distinct spot in the world where only one stands. It’s an amalgamation of everybody you’ve met and everything you’ve experienced.

“We’re encouraging people to bring their whole selves to work, not just their capability at work or the skills they’ve learned,” Hayward says.