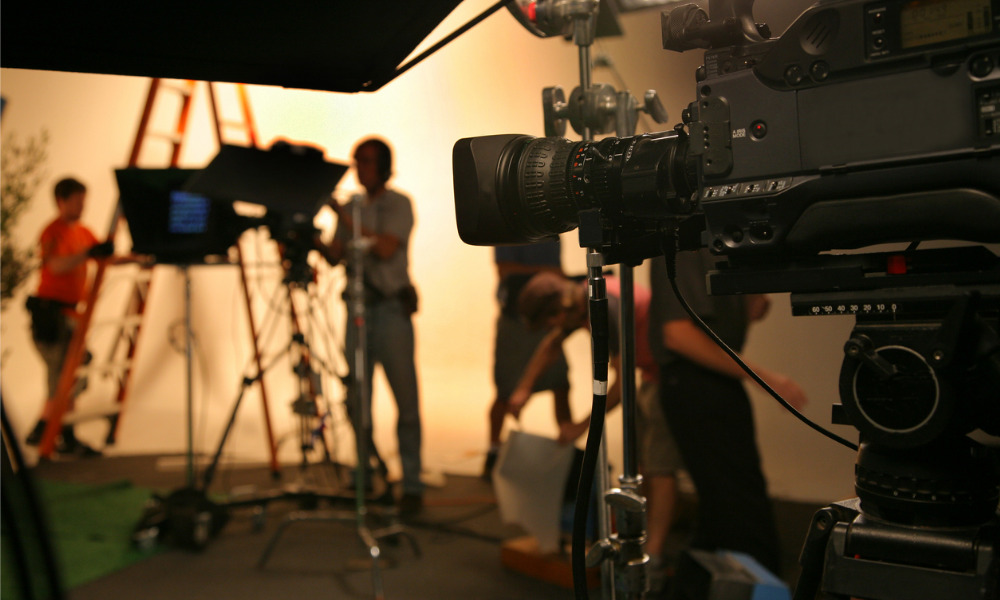 Apparently, “moron” isn’t the only offensive term Jeff Garlin has been using on the set of ABC’s hit comedy “The Goldbergs”.

In a recent interview with Vanity Fair, the actor and comedian addressed accusations of misconduct that the publication has received from three former employees on the television show. Although Vanity Fair has declined to publish the accusations, the overall sentiment seems to be that Garlin allegedly created an environment in which some women felt demeaned by comments and displays of physical affection he made while filming.

Garlin revealed that he has been investigated by human resources for the show in each of the past three years, including an alleged incident involving a male stand-in on set. However, Garlin – who stars as gruff patriarch Murray Goldberg, as well as Larry David’s best friend Jeff Greene on HBO’s hit comedy “Curb Your Enthusiasm” – denied that he has been disciplined and defended his behavior as part of his process as a comedian.

“It’s always the same thing. It’s about me and my silliness on set. They don’t think it’s appropriate. I do,” Garlin told Vanity Fair. “That’s where we’re at. I’ve not been fired because of it. We just think differently. Now when I’m at 'Curb Your Enthusiasm,' for example, if I’m not doing the things that we’re talking about, Larry David — or a cameraman, the producer, who’s a woman — lots of people come up to me and ask me if I’m okay. I need to do what I need to do to keep my energy up and do what I do.”

Sony Pictures Television, which distributes “The Goldbergs,” told Vanity Fair: “The well-being of our cast and crew is of utmost importance to us. This is an employment matter and it is being addressed by HR and production.”

Garlin contends that his language and antics are merely for humorous purposes, insisting there’s no malice behind them. Furthermore, as a comedian, he’s inclined to say things you wouldn’t typically hear in jobs outside the entertainment industry. While that may be true, everyone’s sense of humor differs, and HR departments across all industries have had to deal with similar situations.

“Within almost every organization, there are highly valued employees who provide so much value to an organization with their talent, position, connections, etc., that they seem untouchable and are able to get away with anything,” says Natasha Bowman, HR professional and founder of New York City-based talent management consultancy Performance ReNEW.

“It’s just surprising that this is still happening despite all the publicity around this type of culture and the demand by not just employees, but also clients and viewers, to no longer retain people who engage in this type of behavior,” Bowman says.

In 2019, Garlin admitted that he was almost fired from “The Goldbergs” after HR received complaints about his colorful language on set.

“Every time I stand up [on the set] I go, ‘Oh, my [female genitalia].’ Which is silly and stupid, I clearly don’t have [female genitalia]. And I said to them, ‘I understand if I worked at an insurance office and there’s a bunch of desks — that’s inappropriate. But in a comedic atmosphere it’s stupid,” Garlin told The New York Post.

Emotional intelligence is just as important as technical and professional intelligence in any work setting, says Alex Mastin, CEO and founder of Westbury, NY-based Home Grounds, an online community of home baristas. He recommends that companies assign employees accused of inappropriate behavior to sensitivity training.

“Claiming to be just joking when making offensive comments often makes the situation worse by proving disregard for people's feelings,” Mastin says. “Organizations dealing with employees who make offensive comments need to take steps to curb the behavior, compensate the victims and prevent any further incidents.”

On the other hand, it’s important that HR conducts a proper investigation before rushing to judgment and action, says Ninh Tran, co-founder and CEO of San Francisco-based Snapbrillia, Inc., a social impact tech company. By approaching Garlin at least three times about his behavior, it shows the department has taken employee complaints seriously.

“Acknowledge their feelings without putting fault on the other party,” Tran says. “Use a measured approach and instead of moving too quickly and asking them to report their grievances, make sure that proper investigation is done before communicating with the other party. Then, tie the investigation up in a bow by getting back to the complainant to ensure he or she is satisfied with what was done.”

The Occupational Safety and Health Administration (OSHA) recognizes verbal abuse and harassment as workplace violence and has regulations that include protection for workers who report it. In order to prevent workplace violence, OSHA recommends that employers establish a well-written, fully implemented zero-tolerance policy. “It’s critical to ensure that all workers know the policy and understand that all claims of workplace violence will be investigated and remedied promptly,” OSHA says on its website.

Brad Cummins, founder and CEO of Columbus, OH-based Insurance Geek, informs new hires during the onboarding process that the company won’t accept ageism, ablism, homophobic/transphobic remarks, misogyny in any form and violence against Black, Indigenous, People of Color. For first time offenders who argue that they were merely joking, Cummins issues a warning, and any other similar jokes will result in termination.

“Diversity is not a tick on the paper for us,” Cummins says. “It’s an important element and the very foundation of growth and prosperity of our organization, which we aren’t willing to compromise at any cost. No matter how much of a good player you are at work, we won’t compromise our values so you can mistreat people under our banner.”