On-site massages may sound appealing but they won’t guarantee an innovative culture where creativity thrives. 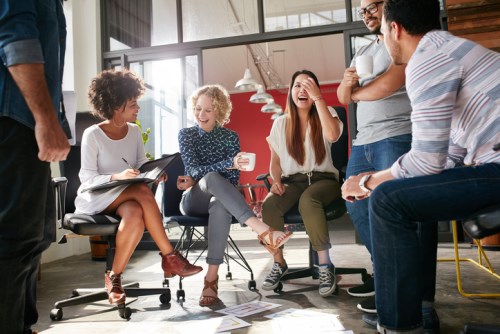 Pro
viding on-site massages or an indoor slide might sound appealing but it won’t turn your company into a creative hub – that’s the warning from one industry professional who says too many employers see perks as the answer to all of their cultural problems.

“Everyone loves perks, but they aren’t a long-term solution to motivating someone to do a better job,” says Piyush Patel, author of Lead Your Tribe, Love Your Work.

“It certainly doesn’t fix bad cultures, because if it did we wouldn’t be having this conversation,” he continues. “You can provide staff with free food and foosball tables but still have a toxic culture.”

As an entrepreneur with more than 20 years of experience, Patel became an innovator in corporate culture as he grew his company, Digital-Tutors, into a leader throughout the world of online training.

He says perks shouldn’t be abandoned altogether – there is a time and a place for them – but does say employers have to review their approaches.

“The problem is that perks are a common go-to for many employers because they’re a quick and easy thing to do,” he tells HRD. “They take almost no effort. It’s easy to offer free food and, for a while, it keeps people happy. But it’s not a fix for deeper cultural issues.”

“It’s putting a Band-Aid on a gaping wound that needs stitches,” he says.

Not only that, but employees can see straight through the superficial attempt at improvement.

“That only hurts your culture even more,” he warns. “As the saying goes, actions speak louder than words. At the heart of that is a fact about human nature that people will always look to what you do more than what you say.”

“If your employees know your core values are the rock holding the company up and you’ll have their backs in both the good times and bad if everyone—yourself included—adhere to the values, then when you eventually make it through the bad times you’ll be that much stronger for it,” he says.