Damaged interpersonal relationships within a team may be hard to repair but it’s not impossible, according to one expert 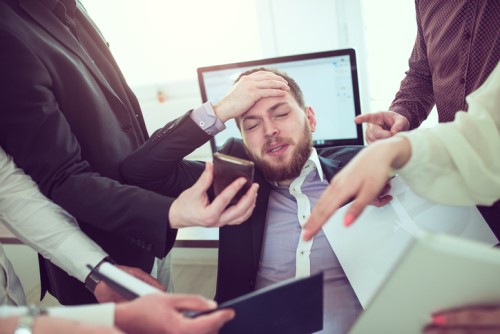 A fractured team relationship may be hard to repair but it’s not impossible – in fact, focussing on just three key issues could help resolve the problem.

“The way I look at it, there are only three core elements that determine team culture and that’s trust, awareness and purpose,” says Dan Stones, chief cohesion officer at Shifting Peers.

“However, the extent to which those elements are present and the order of importance the team puts them in is critical to what kind of culture is developed,” he continues.

Stones, who trains teams all over the world, says once people understand the keys, how they shape the team and how they can master them, everyone becomes much more focussed.

Trust
“Trust is a massive one for every team and most people will tell you that it’s important but nearly every team I work with misunderstand how trust actually works,” says Stones.

According to Stones, who also hosts a podcast about effective teamwork, trust never truly goes away on a team – instead, the level of trust fluctuates in terms of its quality.

“You can think of trust like the air we breathe – it’s definitely important, we can’t live without it for long and when the air quality is good, we don’t think about it and life carries on,” he explains.

“Similarly, when it goes a little bit off, we really start to notice and when it gets bad enough, it can be really catastrophic.”

However, like air, trust never completely goes away which means it can usually be rebuilt within a team.

“It doesn’t mean that trust completely goes and everything’s lost, it simply means it’s gotten to a point where it’s bad enough to notice and for us to feel really uncomfortable about it.”

Awareness
According to Stones, awareness is about knowing where the team is at and what success is going to look like – in other words, how members recognise progress and success.

“I think that’s where the development of the team is really important because the biggest challenge with overcoming a lack of awareness is that employers have to develop everyone on the team, not just one or two potential future leaders.”

Purpose
“If we can’t hook up in our brain why something is important then the team is not going to be effective,” says Stones.

However, that doesn’t mean employers should fall into the trap of thinking they’re responsible for providing purpose to team-members.

“Not everyone who walks through the door of the company is going to be there for the same reason we are, no matter what the slogan is under the logo,” he tells HRD.

“Purpose is something specific to the individual therefore you have to train the individual to understand not only what their purpose is but how they can recognise and hold a space for the purpose of everyone else on their team,” he continues.