New Zealand businesses are facing a major skills shortage but help from overseas and returning talent could ease the pain, says one expert. 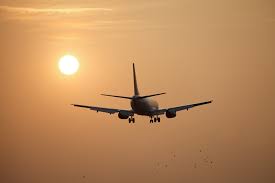 New
Zealand businesses are facing a major skills shortage but – according to one industry expert – help from overseas could ease the pain.

A recent Hays survey revealed that almost three-quarters of employers believe the skill shortage will have a negative impact on their department or organization – 49 per cent said they expected the effect to be minor while 25 per cent said it would be significant.

The study also showed that 29 per cent of employers increased overtime and extra hours over the last 12 months – yet another side effect of the ongoing skills shortage.

However, Hays New Zealand MD Jason Walker said international help could go some way to bridging the difficult skills gap – whether that was Kiwis returning home or bolstering overseas recruitment.

“Providing some relief is the number of Kiwi’s returning home from Australia aware they can now secure good roles,” he told HRM, adding that New Zealand employers are also more open to hiring or sponsoring overseas applicants.

An incredible 76 per cent of employers said they would consider employing or sponsoring a qualified overseas candidate in skill-short areas, up from 70 per cent last year.

It’s a noticeable change that Walker says is “understandable” in today’s job market.

Walker also commented on New Zealand’s employers’ reluctance to boost wages – an approach he warned may not last much longer.

“It’s worth noting that while employers are not yet using salary to attract and retain highly-skilled professionals, they may not be able to maintain this salary stance for long,” he told HRM.

“Already employees are starting to take matters into their own hands by directly ask their boss for a pay rise.”

In the past year 70 per cent of employees did not ask for a pay rise but 53 per cent say they will do so in the year ahead and 30 per cent are yet undecided.

What is the most common pitfall for managers?

Could the LinkedIn acquisition overhaul L&D?