From staged hostage situations to becoming a Viking warrior, modern team-building activities are not what they used to be. How far would you go to build a strong workforce relationship? 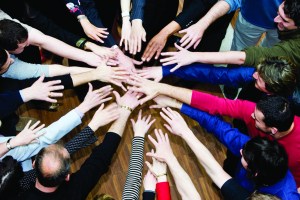 As
HR professionals know, it is important to maintain a good relationship among colleagues in the workplace. Some organisations choose to establish a workplace bond by enrolling their employees in particularly bizarre activities. HC found some of the quirkier options available…
Among its quirky activities are ‘blindfold driving’, which according to the organisation’s website focuses on “trust, communication and precision” by “finding unique alternative solutions to complex problems, in a fun and engaging way". Other bizarre activities include ‘The Parmesan Job’ – “a thrilling treasure hunt in mini coopers” and ‘Hostage’, in which employees must rescue a kidnapped senior executive or a briefcase containing secret company documents.