How NZ’s immigration changes will affect you

HRM asked an expert in the field to share his thoughts on how yesterday’s announcement will impact employers. 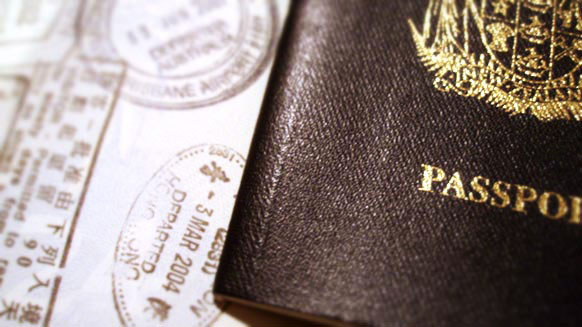 Yes
terday, immigration minister Michael Woodhouse announced a number of amendments that will make it tougher for would-be migrants to gain residency – but what exactly is changing and how will it impact employers?

HRM asked James McLeod – a solicitor with immigration specialists McLeod & Associates – to give his expert opinion on the changes, he says, are somewhat sudden.

“It will be even more difficult for employers to both attract and retain skilled labour,” warns McLeod. “Most skilled migrants or international students come to New Zealand with the firm intention of securing residence, so if their chances of achieving that are significantly reduced, then that will affect their decision to come or stay here.”

McLeod says it’s unlikely New Zealand citizens or residents will be able to “plug the gap” in the short-term which could end up making the country’s current skills shortage even worse.

“It is likely to reduce the overall talent pool of skilled migrants, which is unlikely to be filled by New Zealand citizens or residents – particularly in certain industries,” he told HRM.

“We also need to consider the wider reputational affect these changes might have, in terms of New Zealand no longer being an attractive destination for migrants to live, work and, ultimately, settle.”

The number of points required for residence will also be raised from 140 to 160 points under the Skilled Migrant Category (SMC) and the number of places for the capped family categories would be reduced to 2,000 per year from 5,500.

“To a large extent the impact will depend on your industry and the type of talent you need,” says Auckland-based McLeod.

“Obviously, the changes will affect those businesses seeking workers who are comparatively less skilled and qualified, and who therefore achieve a lower SMC points score. But because of the peculiarities of the SMC points-based system, it can affect anyone - even those migrants working in areas where there is a recognised skills shortage, since 160 points is a high score to achieve.”

Another expected impact, he says, will be migrant workers deciding to move out of Auckland and into other regions – something which isn’t necessarily bad news if your business is elsewhere.

“Under the new SMC regime an applicant can still claim 30 points for living outside of Auckland. By way of example, I spoke with a client yesterday who lives in Auckland and is sitting on 130 points. If she moved to, say, Hamilton or Tauranga and secured a job offer there, then she could immediately claim an extra 30 points and achieve the 160 target,” he explained.

“Clearly this would be a far quicker and easier option for her than undertaking further study, or waiting a few years so she can claim more points for work experience, or completely changing her career – none of which will necessarily guarantee her sufficient additional points.”
However, it’s not just the changes to SMC residence instructions that will impact employers.

“The temporary closure of the Parent Residence Category means that even those migrants who have already secured New Zealand residence might not be able to bring their parents here to live. This is problematic, since at some stage in a migrant’s settlement it is likely that they will wish for their parents (particularly if they are elderly) to join them here. If that option is no longer available to them, the migrant might very well decide to return to their home country or consider another country where that option is available to them,” McLeod told HRM.

“The one potential upshot out of this for employers could be that their skilled migrant workers will effectively be ‘tied’ to them for longer, because they will need their employer to continue to sponsor them until such time as they gain sufficient points to qualify for residence,” he added.
For employers who think they may be significantly affected be the changes, McLeod has some clear advice:

“We recommend immediately engaging with your migrant employees on the issue, proactively and openly,” he stressed. “Many of them will be anxious about the changes, so you will need to ensure they actually understand them, and then help them to assess the extent to which they might be affected (including whether they actually intend to apply for residence), and for how long.

“Migrant employees should also be encouraged to seek professional advice on how the changes could affect their future eligibility for residence and to map out a strategy and plan. Employers should be engaged in this process too, as there might be a number of ways that you can help; for example, by agreeing to support the migrant employee with undertaking further studies or, if you have offices based outside of Auckland, considering relocating them to another region.”

Is cannabis to blame for record immigration?