HRM discusses the validity of electronic signatures with an expert, and how to avoid mishaps when it comes to using them on legal documents. 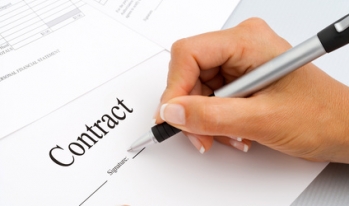 In
today’s world, almost all activities are merging with technology and the virtual.

But is replacing the tangible with the electronic legally viable?

When it comes to electronic signatures, employers are perfectly within their rights to accept a computerised signature as a sign of an employee’s agreement to contractual details, Blair Scotland, partner at Dundas Street said.

Scotland referred to 2002’s Electronic Transactions Act, which outlines what needs to happen for an electronic signature to be legally valid:

“Provided these requirements are met then an electronic signature on an employment agreement is absolutely legal and will be given evidential weight accordingly,” Scotland told HRM.

“The terms and conditions of employment have to be recorded in writing,” Scotland explained. “Strictly speaking there doesn’t have to be a signature, but a signature is evidence of the agreement and could provide evidentiary protection.”

He added that agreements become problematic when one party claims that they did not consent to a certain aspect of the contract.

“However, if someone has fixed their signature to the agreement it’s hard for them to argue their point,” Scotland told HRM. “The Electronic Transactions Act is about providing evidence that someone actually signed and agreed to the terms laid out in their employment agreement.”

“If one party makes these claims, a close examination would be required around the facts of what went on at the time and since the employment agreement was established, which would include how both parties have subsequently acted.”

“It’s also important to remember that just because someone hasn’t signed, it doesn’t mean that the agreement is not binding and enforceable,” he said. “A signature is always good evidence that a person has agreed.”