29% of employees have had ideas stolen at work 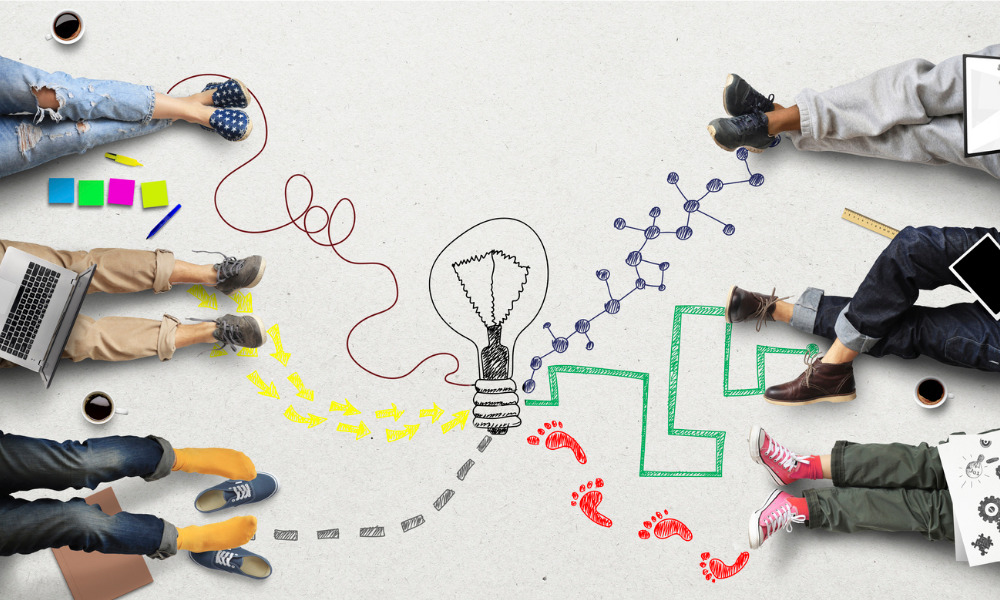 We’ve all been there. Sitting in an important meeting with your team and your boss, when suddenly one of your colleagues pipes up with a shockingly familiar idea. An idea that you recently shared with your teammates – one which they’re now trying to pass off as their own. Idea theft, while not technically illegal, is morally corrupt, unethical, and a good way to lose the trust of your workmates.

Read more: How to lower chances of employee theft

Taking other people’s ideas and presenting them as your own is wrong. But that doesn’t stop employees from doing it every day. In fact, according to research from Office Team, 29% of employees have had ideas stolen at work. It’s common – but that certainly doesn’t mean it’s acceptable. So, if you find yourself in this predicament, what should you do? How should you handle the situation with grace and decorum?

The most obvious thing to do is to call the thief out. When asked how employees dealt with idea theft, 29% of workers said they immediately called the person out on it. It’s very tempting to do so publicly, and forcefully, but this rarely comes across well. Instead, approach your colleague in private. It may be that they didn’t mean to take credit for your idea – and perhaps they were working on something similar anyway. It’s important to understand why the incident took place in order to prevent it from happening again. If broaching the topic face-to-face seems too daunting, send a polite email. Remember to be firm but fair.

Though the most tempting of reactions, revenge is never worth it. At best, you’ll end up looking like petty – at worst, you could end up in a disciplinary meeting. After you’ve politely confronted the colleague in question, step away from the situation. If they admit to stealing your idea and apologise, accept the ‘sorry’ and move on. If, however, they deny it – reiterate how you saw the situation unfold and politely ask that they refrain from idea theft in the future.

If all else fails, it’s time to speak to your manager. One in ten employees opt for this tactic off the bat – deciding it’s a matter that senior leadership should deal with themselves. Tell your manager that you feel as if you’ve been overshadowed and unfairly represented. Let them know that the idea was yours and offer some proof of this – perhaps some research you’ve been conducting or some emails between the team. Crucially, try telling your manager about your ideas in the early stages to prevent idea theft completely.

"Today's workplace is more competitive than ever and, unfortunately, there are people who will go to great lengths to make themselves look good or get promoted, including taking credit for someone else's ideas," added Robert Hosking, executive director of OfficeTeam. "Being proactive in sharing your vision with your manager and colleagues early on can help ensure others know the concept originated with you. Employees and supervisors should acknowledge those who help to move an idea forward - most business successes are the result of collaboration, not the efforts of a single individual."

The most constructive way to approach the situation is to learn from it. It’s incredibly frustrating not to be recognized for your ideas, but it’s not the end of the world. Instead of throwing a tantrum, take a step back and process what happened. Were you too overzealous in presenting your idea to your colleagues? Could you have been more assertive? Could you have let the team know that this was definitively your idea? Think of ways you could have handled the situation differently.

Finally, just forgive and forget. Work is hard enough without cultivating life-long enemies. Okay, someone stole your idea. But there’ll be other chances for you to prove yourself. And, most often, employees that steal ideas are normally insecure about their own abilities. Remember, people can’t go on perpetually taking credit for others’ work. Eventually, they’ll be found out.