His ex-chief spokeswoman says the mayor has lied about not knowing about his former top aide’s alleged sexual misconduct. 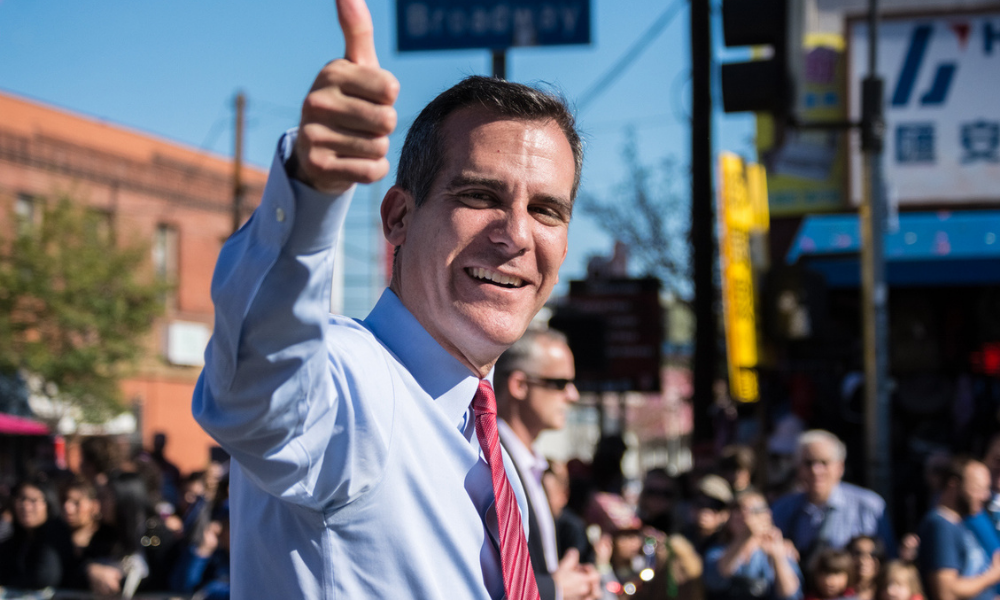 In the complaint, Seligman accuses Garcetti of lying and conspiring with top staffers to cover up multiple accusations of sexual harassment against Rick Jacobs, the mayor’s former deputy chief of staff. Seligman said she hopes felony charges will be filed against the mayor for allegedly lying under oath in a legal deposition, as well as in testimony to a U.S. Senate committee.

She also said she hopes the U.S. Senate will block Garcetti’s confirmation as U.S. ambassador to India. After being nominated by President Joe Biden last July, Garcetti was approved by the Senate Foreign Relations Committee in January. Only one senator asked a question about the allegations, the Los Angeles Times reported.

“It’s time for them to take a serious look at the evidence that I and others have presented and live up to the commitment that many of them have made to protect victims of predatory behavior in the workplace,” Seligman said in a statement.

Jacobs has repeatedly denied the allegations, which became public in 2020 in a lawsuit filed by Officer Matthew Garza, a former member of the mayor’s LAPD security detail.

Garcetti says he wasn’t aware of the accusations until the lawsuit. “There is nothing new here — and these false claims about the mayor are just as ridiculous now as they were when they were first made,” a statement from Garcetti’s office said. “The mayor stands by his testimony unequivocally, and more than a dozen witnesses have testified under oath that he was never made aware of any improper behavior.”

Seligman served as Garcetti’s director of communications from May 2015 until October 2017, according to LinkedIn. In the compliant, her lawyers called her departure a “constructive discharge” because she had been “facing ongoing intimidation and harassment” and had been “stymied in three separate efforts to make lawful complaints of harassment.”

In December, Seligman told New York magazine that Jacobs burst into her office at City Hall in 2016 and grabbed her and forcibly kissed her for a “long, uncomfortable period of time” as her staff looked on.

In the recently filed complaint, Seligman says she went to the mayor’s chief of staff, Ana Guerrero, but that Guerrero replied that “no complaints would be tolerated because Mr. Jacobs was important to the mayor.” In a deposition in the Garza lawsuit, Guerrero denied the incident having taken place, saying that she didn’t see any inappropriate behavior by Jacobs and only became aware of the allegations shortly before the lawsuit, the Los Angeles Times reported.