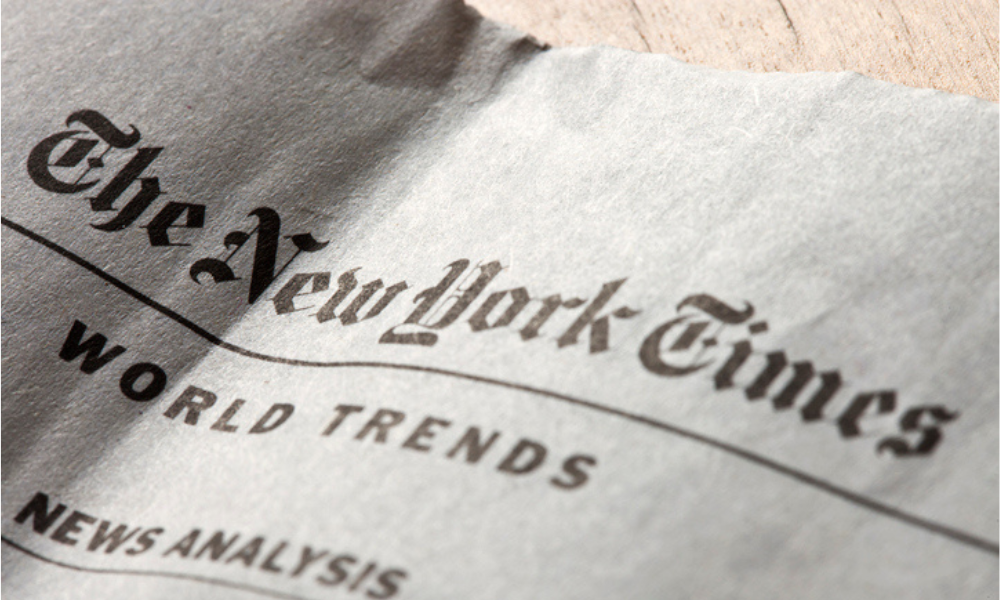 But hundreds have refused.

More than 1,300 Times workers signed a pledge not to return to the office, The New York Post reported. This includes 879 members of the NewsGuild – a union for journalists, editors and photographers – as well as members of the Times Tech Guild and the union for Wirecutter, the newspaper’s product-recommendation spinoff.

Read more: PwC director on RTO mandates: ‘We don’t feel we need to’

The RTO refusal is a byproduct of a contract dispute between the NewsGuild and Times management. Although the old five-year contract expired in March 2021, the negotiating committee only recently proposed a pay bump, offering a 4% increase in its last bargaining session on Aug. 24, The Post reported.

The NewsGuild is demanding an 8% raise, a cost-of-living increase of 5.25% and the ability for all workers who can work remotely to maintain that option indefinitely. As for a mandatory return-to-office deadline, the union wants it pushed back to at least July 2023.

The @nytimes is giving employees branded lunch boxes this week as a return-to-office perk. We want respect and a fair contract instead — so I’m working from home this week along with 1,300 of my @NYTimesGuild and @NYTGuildTech colleagues, with support from @WirecutterUnion.

According to a Times spokesperson, there is no set number of days mandated for working in the office and it’s up to individual departments to determine what works for their teams, The Post reported. “We continue to believe that a hybrid work environment best suits the New York Times at this moment,” the Times spokesperson said.

“People are livid,” Tom Coffey, a 25-year staff editor at the Times, told The Post. “It’s not a mandatory three-day-a-week return to work, per se, but they really do ‘expect’ you to be back in the office three days a week.”

Meanwhile, more than 215 members of NBC News’s digital newsroom union have also vowed to stay home this week, The Wall Street Journal reported. The union, which includes employees across nbcnews.com, msnbc.com and today.com and is also part of the NewsGuild of New York, represents about 275 people.

In a letter (tweeted last week) sent to NBC News management, the union claimed the company began a “pressure campaign,” coercing employees to adhere to a plan that hadn’t been negotiated. The union says NBC announced one team member would be required to return to the office for five days a week, and only their manager would determine whether more flexibility would be granted in the future.

Execs at @NBCNews want us back in the office today and are even offering the chance to win a Nespresso machine if we return.

But they’re not offering a reasonable deal at the bargaining table, and they showed up to the last two sessions empty handed — so we're staying out. https://t.co/P6opuPm2WH

“Mandating a one-size-fits-all approach to our newsroom, with rare and unclear exceptions, is an outdated, unsafe and unattractive approach to the hybrid workplace. The company plan will increase exposure rates, upend sensitive family schedules, drive current employees away from this newsroom and make it harder to attract the kind of talent we deserve,” the letter read.

The union also claimed that NBC terminated several remote employees “for no reason other than their geographic location.” As a result, the union is demanding that the company reinstate those employees and commit to a hybrid work schedule that aligns with employees’ needs and interests.

An NBC News spokesman said the news organization remained committed to a flexible and hybrid workplace and was in discussions with the Guild over a flexible return-to-office policy, The Wall Street Journal reported.

Last month, Apple employees launched a petition to demand for location-flexible work in response to the tech giant’s three-days-a-week return-to-office policy, which went into effect after Labor Day. “This uniform mandate from senior leadership does not consider the unique demands of each job role nor the diversity of individuals,” noted AppleTogether, which identifies itself as a global solidarity union of workers from across the company.