Netflix HRD: 'How I found the Holy Grail of HR'

'You don't have to be face-to-face to inspire innovation' 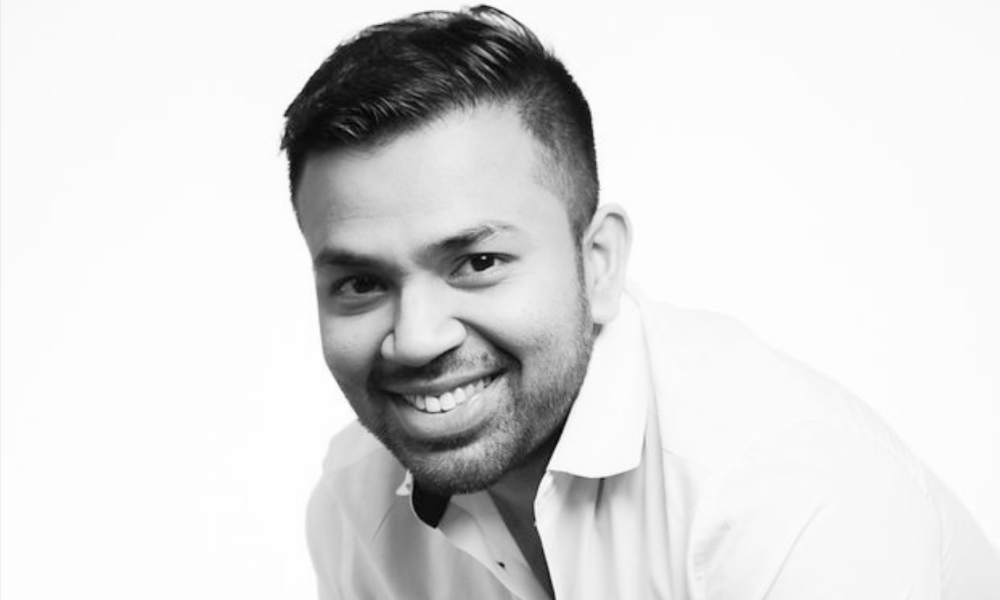 For Bharath Jayaraman, Netflix’s HR director, technology has always been entwined with HR. Having worked at almost all of the Silicon Valley giants, Jayaraman knows what it is to manage people and practices in the fast-moving, high-octane tech sector. But, as with many global HR leaders, his fall into HR was completely by chance.

“I’ve actually got a degree in engineering, which is pretty standard in India,” he told HRD. “If you do well at maths in school, you generally go on to do something in engineering. However, before I’d even finished my degree, I knew I didn’t want to be an engineer – it just wasn’t for me. After graduating, my first job was at Google where I worked in online adverts, helping merchants reach new customers on the internet using the cost-per-click model, which was radically new at the time. This was before Google went public – it was the super early days – so I felt very lucky to have been a part of that world. I remember being awed by just how quickly Google was growing. These were the days when you could just put your hand up and say ‘oh yeah, I’ll try that job – that looks super interesting’ – which is exactly how I crash landed into HR.”

Google went public just a year afterwards in 2005 – meaning Jayaraman had to go on quite the hiring spree. Something which would inevitably take him all over the world.

“It was off to the races – we just started hiring so quickly,” he told HRD. “Our strategy really was to hire from any country, any city – we wanted the very best of the best. From there, we’d figure out where our office had to be – but talent was the main driver for us. That's how I learned the nuts and bolts of HR, of organizational design, the role of managers, onboarding plans, hiring trends - all of those intrinsic pieces of HR that are learned on the job.”

After being at Google for a while, Jayaraman decided to level-up, enrolling in Cornell’s Business School studying HR. From here, he went on to Amazon as HR partner in their new AdTech business. This job allowed Jayaraman to hop around the world – from London to Luxembourg – training, upskilling, and developing new ways of practicing HR.

“After Amazon came Facebook – where I was one of two HR leads in the APAC region. My remit was India and Southeast Asia, which ended up being about eight different countries. When I joined the team, none of those markets existed. We went from less than 100 employees to like 1400 really quickly.”

Working for these global technology giants made for a great education. Eventually, Jayaraman wound up at Netflix – somewhere he found a whole new appreciation for HR.

“The likes of Amazon and Google and Facebook, while they each have very unique cultures, the way they think about people mechanisms like performance, feedback and promotions is quite similar. Netflix, I found, is vastly different. The company has truly grown in an organic fashion. They do what makes sense at the time - before flexing and evolving processes to meet changing needs. It’s very much the mentality of ‘if it doesn’t work, let’s fix it’.”

This ever-evolving approach to HR is something which Netflix is famous for. In 2014, Netflix released their HR strategy dossier – a presentation which Sheryl Sandberg dubbed one of ‘the most important document to come out of Silicon Valley’. Back then, their five tenets of people strategy, as defined by CEO Reed Hastings and chief talent officer Patty McCord, were;

Now, eight years on, Jayaraman explained how Netflix’s approach to HR has not only grown – it’s flourished.

“I can't think of another company that has gotten to its 25th year of operation, like Netflix has, with very few people processes and mechanisms that have been institutionalized,” he explained. “I actually think that's a testament to the company’s culture and tenets like “freedom and responsibility”, “context over control” and “people over process”. When people in an organization have an intuitive, shared understanding of how to operate and make good decisions, it enables leaders to do more with less and that's the Holy Grail. That's organizational Nirvana. But it's very hard to get there. Netflix has been able to get to this point without a lot of sophisticated talent processes that many companies have - all because the culture has worked really, really well. However, I do think we're reaching an inflection point.

“Right now, the company doesn’t look like what it used to even 3 - 4 years ago, which was mostly Engineers, Designers and Product Managers - just tech talent. We are hiring more and more people that are coming from the creative and content worlds and they have completely different corporate cultures. This meeting of two worlds means we have to invest more in learning and development, management capabilities, and generally more visible and predictable paths for growth for employees. These are all just my own opinions – but when I speak to my leadership team it’s very clear that we need these things at Netflix. These two worlds speak very different languages – one’s more analytical and the other’s more instinct-driven. And while both skills are incredibly important and much needed, we need to ensure they work together seamlessly as part of the overarching Netflix culture.”

The nature of the tech sector demands a balance of these two worlds – on creative content excellence and best-in-class technological know-how. This meeting of minds leads to unexpected genius – to life-changing products and unforeseen innovation.

As a global icon, Netflix has become synonymous with ‘the chill’, with industry-defining content, and a game-changing culture. Known to ‘encourage independent decision-making by employees’, encourage ‘candid’ feedback conversations between colleagues, and generally ‘avoid all the rules’, Netflix isn’t just an app – it’s a whole ecosystem. Looking ahead at what’s yet to come, Jayaraman revealed they’re just going from strength to strength – even a global pandemic couldn’t stop the company’s meteoric rise.

“The lesson that we’re taking from the pandemic is to be flexible,” he told HRD. “In the past, we’ve all told ourselves these stories, created these illusions, spent billions of dollars building fancy campuses around the idea that if you’re not in person, not face to face, there is no innovation. Those assumptions have been completely shattered. On the other hand, I think it’s also a myth that teams don’t need in-person face time at all. I speak to a lot of my friends who’re HR leaders as well, and they say the same thing – which is that we’ve got to figure out what ‘hybrid’ means. There's just no getting away from that. There’s an element of flexibility as far as employees are concerned that is important to factor, but there’s also an element of being available in person’ to sustain the velocity and pace of innovation. So, what’s happening? When do the two come together? How can we create and retool the existing infrastructure we have to offer more valuable support for people who work from home? What happens when you have 10 people in a meeting room and one person that isn’t? How does that affect that employee's growth and development? What’s the manager's role in trying to maintain that?

“We have to redesign all of this from the ground up. I don't know whether anyone has the right answer - I certainly don't claim that any of us at Netflix do - but this is a very exciting problem to figure out.”

Jayaraman will be HRD Canada’s closing keynote at our upcoming HR Leaders Summit – take a look at the agenda and register here.