The federal mandate, which applies to travel in airports and on planes, trains and buses, is set to expire on March 18 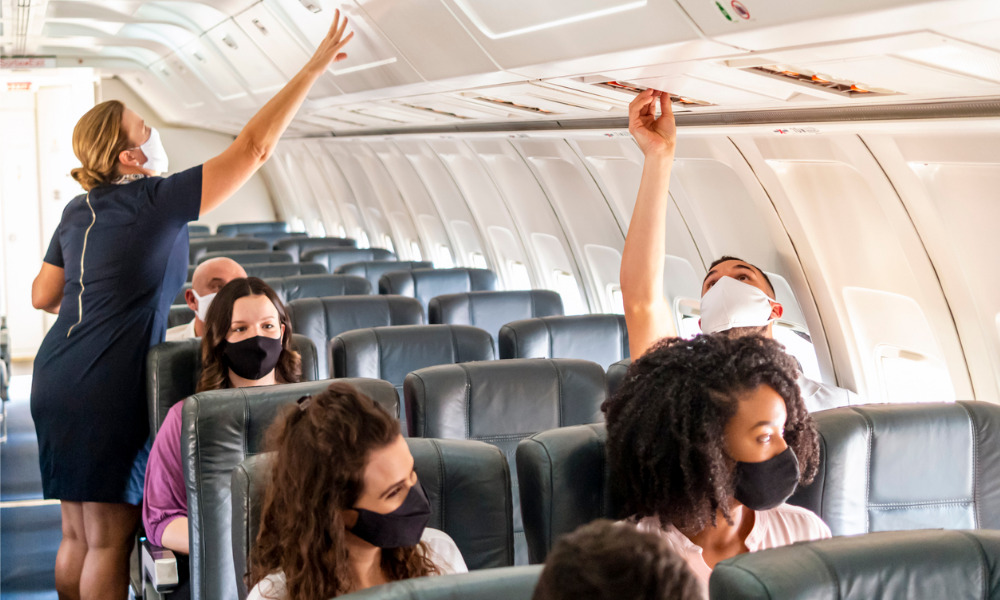 In less than a month, passengers on airplanes, trains and buses will no longer have to wear a mask.

That’s as long as the federal mandate expires on March 18. However, several flight attendant unions expect it to be extended yet again.

While vaccine mandates and mask mandates may be lifted in cities and states across the United States due to a recent decline in COVID-19 cases, the unions for American Airlines and United Airlines say that the situation on airplane cabins hasn’t changed.

“While more of the world now has access to lifesaving vaccines, we still have a significant portion of the population that are vulnerable, including our youngest passengers,” Paul Hartshorn, a spokesman for the Association of Professional Flight Attendants (APFA), told Dallas Morning News. The APFA represents more than 24,000 flight attendants at American Airlines.

The Association of Flight Attendants-CWA, the largest union of flight attendants in the U.S., expects the federal mask mandate to be extended for the “near term.” “The conditions in aviation are the same. Our youngest passengers do not yet have access to the vaccine,” the union told Bloomberg on Tuesday.

Read more: Employee navigation is the next benefit workers will desire

Although flight attendants are arguing for an extension, not all airline CEOs are in agreement. Former Southwest Airlines CEO Gary Kelly testified before Congress in December of 2021 that “I think the case is very strong that masks don’t add much, if anything, in the air cabin environment. It is very safe and very high quality compared to any other indoor setting.”

Almost 75% of the 5,891 reported incidents of disruptive passengers on planes in 2021 were due to the mask mandate, the Federal Aviation Administration (FAA) reported. That’s the most violent year on record for airplanes.

Perhaps air travel will be the last bastion for mask mandates, as the requirements have already or are planning to be lifted in various industries and institutions across the country. Apple informed employees this week that customers in most U.S. retail stores will no longer need to wear a mask for entry. Last week, Los Angeles County lifted its outdoor mask mandate for K-12 schools and childcare centers, as well as “mega-events,” such as Super Bowl LVI. (Of course, if you watched the game, you noticed that attendees had already disregarded the requirement.) One day earlier, California Gov. Gavin Newsom declared the end of the state’s indoor mask mandate for vaccinated individuals, citing the drop in the province’s COVID-19 case rate.