Employee handbook provision 'not proof' of agreement to arbitrate 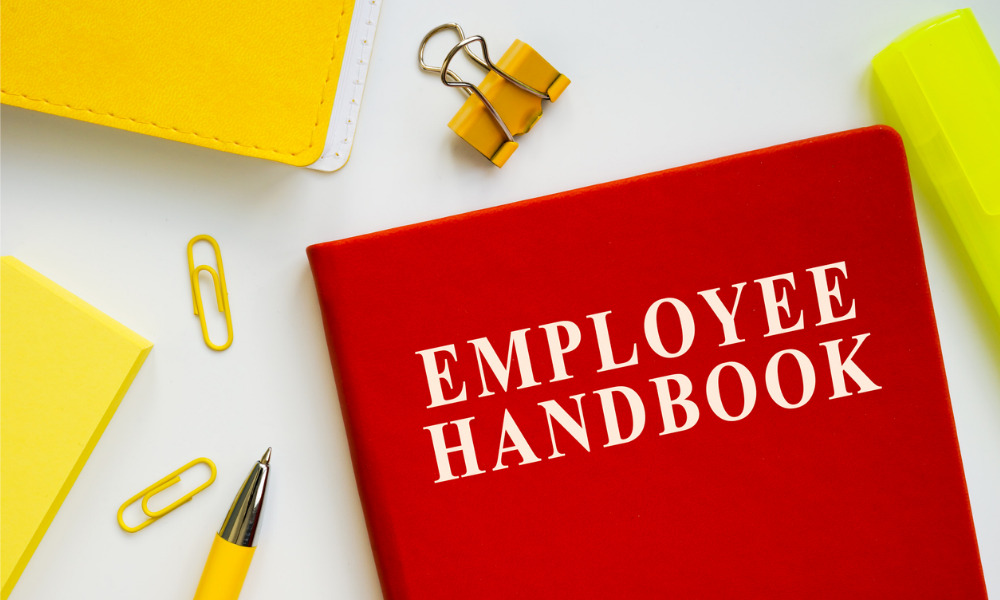 A recent wage and hours class action has raised the issue of whether an arbitration provision in an employee handbook, plus acknowledgement forms that the class representative signed, constitutes a legally binding agreement to arbitrate employer-employee disputes.

In Mendoza v. Trans Valley Transport et al., the respondent, a former employee, brought a class action complaint against the appellants — Gilroy, CA-based Trans Valley Transport and FTU Labor Contractors, Inc. — on behalf of truck drivers who worked for those two employers. The alleged causes of action pertained to provisions of the Lab. Code and of the Bus. & Prof. Code.

The employers filed two motions seeking to compel arbitration and to stay the litigation. The trial court, denying both motions, ruled that the parties didn’t enter into a binding agreement to arbitrate.

The trial court didn’t address the following arguments of the employers: first, the agreement was not unconscionable; and second, the arbitrator, not a court, was entitled to determine the question of whether the parties entered into an agreement to arbitrate. The employers based the second contention on a delegation clause in the arbitration policy in FTU’s employee handbook.

However, the appellate court exercised its discretion to address the issue on the merits and found that a court was entitled to decide the question of whether the parties agreed to arbitrate their disputes.

The parties didn’t enter into an express agreement to arbitrate, the appellate court ruled. FTU didn’t ask the respondent to sign an arbitration agreement. In this case, unlike in Harris v. Tap Worldwide LLC (2016) 248 Cal.App.4th 373:

Moreover, the language here showed that the handbook was meant to be informational and not contractual, was not intended to create an employment contract, and was subject to the employer’s change at any time, the appellate court said.

Second, the respondent didn’t enter into an implied-in-fact agreement to arbitrate simply because he worked for FTU and received a copy of the handbook, the appellate court held.

The acknowledgment forms in this case didn’t mention the arbitration policy, unlike the memoranda in Craig v. Brown & Root, Inc. (2000) 84 Cal.App.4th 416, 420 . . ., which gave clear notice of the alternative dispute program.

Here, the second acknowledgement and the handbook provided that they didn’t create any binding obligations, that they were designed for quick reference, and that they provided general information, as distinguishable from Harris.