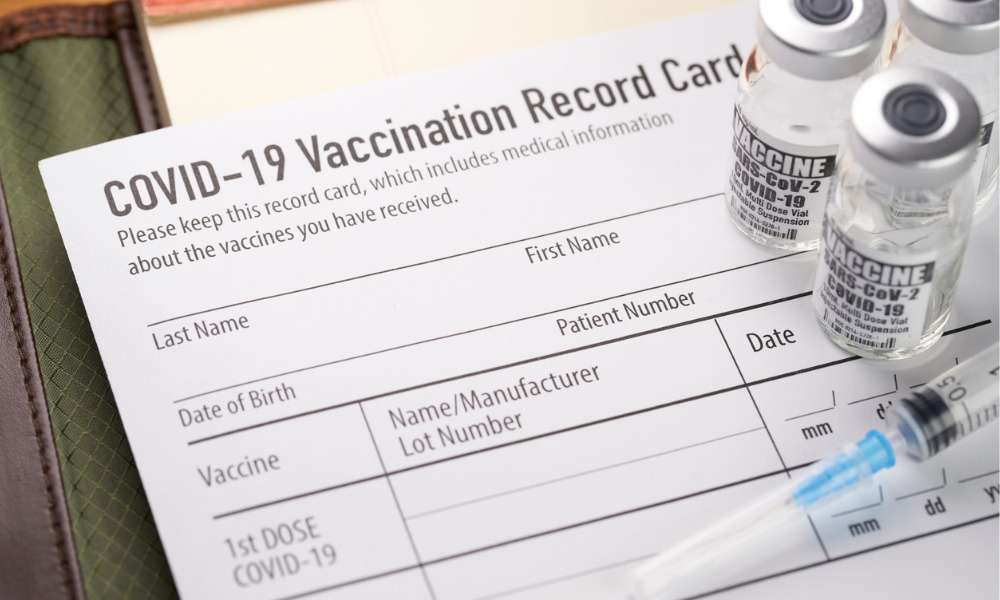 President Joe Biden scored a rare win this week, as a federal appeals court upheld his requirement that all federal employees be vaccinated against COVID-19.

In a 2-1 ruling, a panel of the 5th Circuit Court of Appeals reversed a lower court and ordered dismissal of a lawsuit challenging the mandate. The ruling said that the federal judge didn’t have jurisdiction in the case and those challenging the requirement could have pursued administrative remedies under Civil Service law, The Associated Press reported.

In September, Biden issued an executive order ordering vaccinations for all executive branch agency employees, with exceptions for medical and religious reasons. U.S. District Judge Jeffrey Brown, appointed to the District Court for the Southern District of Texas, issued a nationwide injunction against the requirement in January. Biden administration lawyers argued that district judges in a dozen jurisdictions had already rejected a challenge to the mandate before Brown ruled.

Furthermore, the administration lawyers argued that the Constitution gives the president, as the head of the federal workforce, the same authority as the CEO of a private corporation to require that employees be vaccinated. In response, lawyers for those challenging the mandate referenced the Supreme Court’s ruling earlier this year that the government can’t force private employers to require employee vaccinations.

In February, a different panel had refused to block Brown’s ruling pending the appeal.

But Judge Stephen Higginson dissented, saying a single district judge “lacking public health expertise and made unaccountable through life tenure” shouldn’t be able to block the president from ordering the same type of COVID-19 safety measures many private sector CEOs have ordered.

Now, lawyers for the mandate's challengers can appeal the 5th Circuit's decision by taking the case in front of the full appellate court or directly to the Supreme Court. The latter could be a risk because even though the highest court blocked the private employer mandate, it ruled in favor of Biden’s Centers for Medicare & Medicaid Services (CMS) vaccine mandate by a 5-4 vote.

Only justices Clarence Thomas and Samuel Alito noted their dissent. “The challenges posed by a global pandemic do not allow a federal agency to exercise power that Congress has not conferred upon it. At the same time, such unprecedented circumstances provide no grounds for limiting the exercise of authorities the agency has long been recognized to have,” the justices wrote in an unsigned opinion, saying the “latter principle governs” in the health care cases.

As of last month, health care providers at facilities that participate in Medicare and Medicaid must ensure their employees are fully vaccinated or have been granted approved medical or religious exemptions. Unlike the proposed private employer mandate, the CMS mandate doesn’t allow testing options in lieu of vaccination.

According to the US government, over 93% of federal employees have now had at least one dose of a Covid-19 vaccine, while approximately 98% have been vaccinated or are seeking medical or religious exemption.