It's another step in the corporate world's commitment to promoting diversity, equity and inclusion (DEI) in the workplace 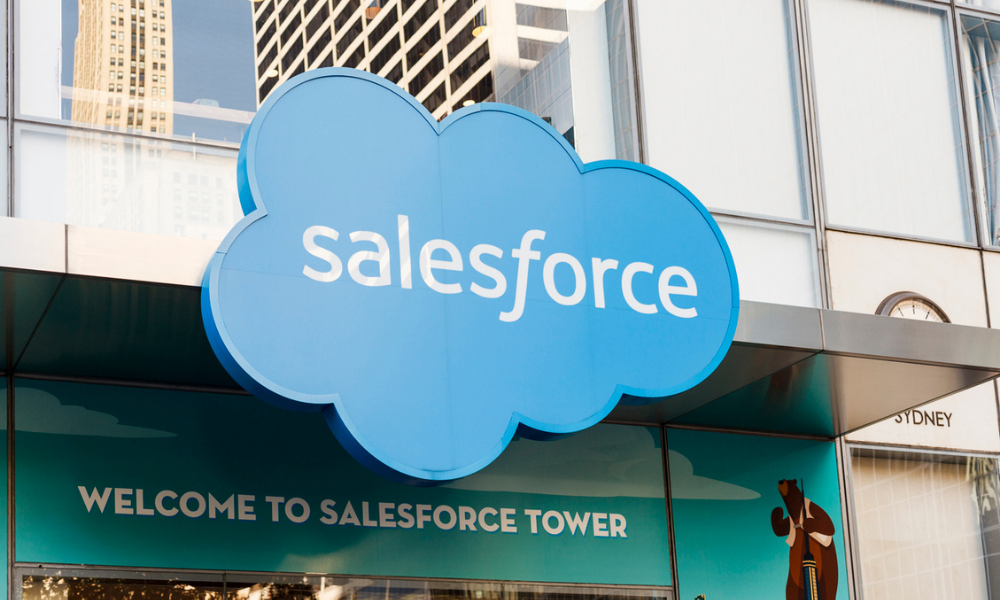 To accelerate these programs, the San Francisco-based company has announced that a portion of executive variable pay for those in the executive vice president-level and above will be determined by ESG measures starting this year.

This fiscal year, variable pay will be based on two aspects: equality measures, with a focus on increasing representation of Black, Latinx, Indigenous and multiracial employees in the United States and of women employees globally; and sustainability measures, with a focus on reducing air travel emissions and increasing spend with suppliers who have signed Salesforce’s Sustainability Exhibit.

The Sustainability Exhibit is a procurement contract with the goal of reducing collective carbon footprint and helping suppliers set and meet climate targets, said Lori Castillo Martinez, chief equality officer, and Suzanne DiBianca, chief impact officer and EVP of corporate relations, in a blog posted on the company’s website.

“This new initiative will help us continue to drive meaningful results this year, and accelerate our progress on these important issues,” they said, talking about the change to the executive variable pay.

Several companies have also done this in the past. In March 2021, Nike announced that part of its executives’ long-term bonuses would depend on them hitting specific diversity goals by 2025.

WATCH: How can HR leaders encourage discussions around DEI?

Last month, Google came under fire for giving top executives significant raises this year while refusing to boost rank-and-file employees’ pay. The company will be raising the salaries of four execs from $650,000 to $1 million, according to a filing with the Securities and Exchange Commission. But before that, in 2021, Google said it will include measurable progress on gender and racial equity in executive performance reviews, according to a report from Fortune.

Apple, McDonald’s and Chipotle Mexican Grill have all said bonuses will be partially contingent on said measures. And Uber, Microsoft, Intel and FirstEnergy have all linked bonuses to diversity for years.

While many organizations in the U.S. have made diversity, equity and inclusion (DEI) commitments over the past two years, few have yet to make meaningful progress, according to the 2022 Workplace DEI Report by Culture Amp, a platform that helps companies improve employee engagement, retention and performance.

Only 34% of HR leaders have enough resources to support their DEI initiatives, according to the report. In fact, only 40% of organizations are conducting DEI-specific surveys. And while half of the surveyed companies reported having a DEI mission statement, only 49% have a strategic diversity plan in place.

“While many companies believe that DEI is valuable, organizations are often not providing adequate resources, or aren’t strategically investing in DEI at the right levels to create significant change,” Aubrey Blanche, senior director of equitable design, product and people at Culture Amp told HRD. “This means that companies are largely performing, rather than creating, DEI.”

Previously, Brittny Chapman – who was recruited in 2020 to spearhead the diversity committee for Motion Picture Costumers Local 705 and resigned just four months into her work – shared her experience in a story published by the Los Angeles Times.

The union hired a consulting firm in July to draft questions for an anonymous survey of the membership’s racial demographics, but the surveys weren’t sent to members until October, Chapman said. Furthermore, Chapman said union leaders ignored emails she sent asking about the status of the survey. Union leaders also rejected a request to translate the survey into Spanish and other languages.

Here's the kicker: the survey results weren’t released until one year later.