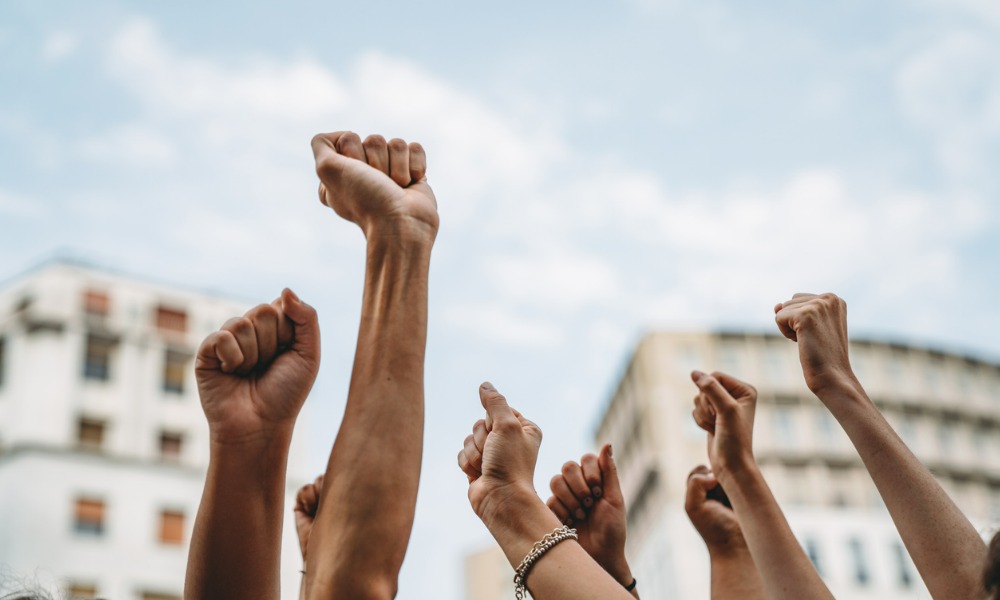 The meeting was delayed for more than a half hour as protestors packed City Hall, demanding that Councilmembers Nury Martinez, Gil Cedillo and Kevin de León resign. On Monday, Martinez stepped down as council president and Ron Herrera, who was also on the leaked audio, resigned as president of Los Angeles County Federation of Labor. Mitch O’Farrell has been elevated to interim council president.

BREAKING: shock and appall at LA City Council when members Kevin de Leon and Cedillo attempt to attend the meeting amid a cascade of calls for them to resign after leaked, racist comments. Eventually they leave so meeting begins. Crowd demands resignations today. @SpecNews1SoCal pic.twitter.com/cQhwP3LyT0

Ahead of the meeting, Martinez, who is remaining on the 15-member legislative body, announced she’s taking a leave of absence. “This has been one of the most difficult times of my life and I recognize this is entirely of my own making,” Martinez said in a statement. “At this moment, I need to take a leave of absence and take some time to have an honest and heartfelt conversation with my family, my constituents, and community leaders.”

Councilman Mike Bonin, whose Black son was disparaged on the audio, also demanded the resignations during the meeting.

A tearful, angry, and raw @mikebonin speaks out publicly at LA City Council meeting for the first time since leaked racist comments about his son. @MikeBoninLA pic.twitter.com/MUrcDebapp

After Bonin finished speaking, the meeting was put to recess until order could be restored.

On Sunday, leaked audio of a conversation from October 2021 between Martinez, Cedillo and de León and Herrera was posted on Reddit. According to the Los Angeles Times, which obtained the audio, the conversation shifts from the city’s redistricting maps to Bonin. Martinez said, “Bonin thinks he’s f****** Black” and then recalled Bonin appearing with his son on a float in a Martin Luther King Jr. Day parade.

“We’re appalled, angry and absolutely disgusted that Nury Martinez attacked our son with horrific racist slurs and talked about her desire to physically harm him. It’s vile, abhorrent, and utterly disgraceful,” Bonin and his husband Sean Arian said in a joint statement, which was posted on Twitter.