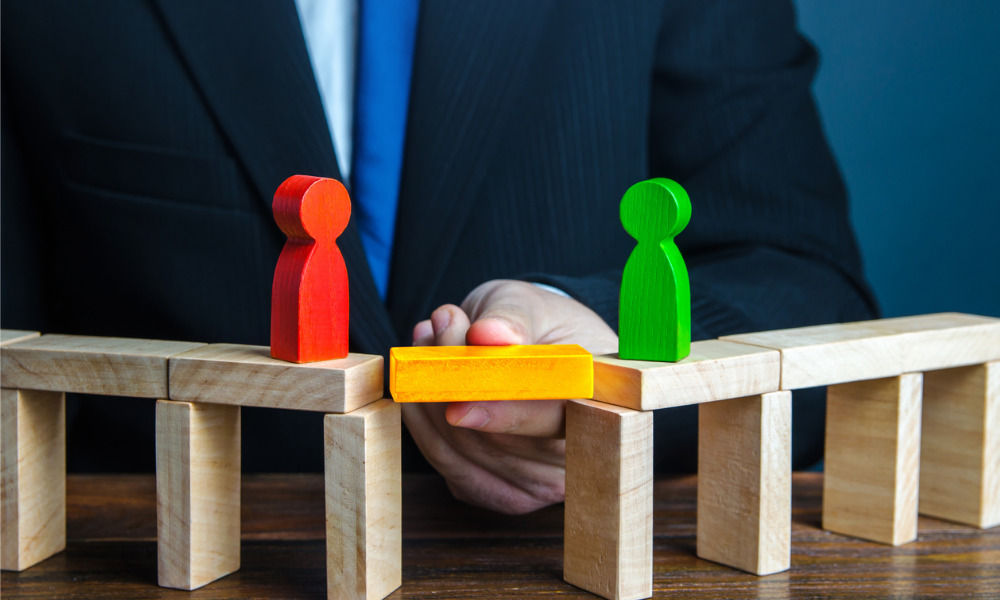 The parties delegated arbitrability questions to a New York arbitrator, a recent ruling said. If the arbitrator decided that the petitioner was an employee, the dispute’s merits should be decided in California. If not, the merits should be arbitrated in New York.

The petitioner in the case of Zhang v. Superior Court Los Angeles County et al. was an equity partner in a law firm. The partnership agreement provided for arbitration of all disputes in Chicago or New York and included a clause delegating all questions of arbitrability to the arbitrator.

A dispute arose over a multimillion-dollar contingency fee from a client whom the petitioner brought to the law firm. The firm alleged a breach of fiduciary duty and terminated the petitioner for cause. It filed a motion to compel arbitration in a New York court.

In the Los Angeles Superior Court, the petitioner commenced a lawsuit against the firm for wrongful termination and other claims. He acquired a temporary restraining order and a preliminary injunction to bar the New York arbitration until the court could determine whether the agreement had a clear and unmistakable delegation clause.

The law firm brought a motion under section 1281.4 of the Code of Civil Procedure. It asked for a mandatory stay of the case.

The Los Angeles judge granted the motion and stayed the petitioner’s action pending completion of the arbitration in New York. The judge found that the agreement clearly and unmistakably delegated arbitrability issues to the arbitrator, including the applicability of section 925 of California’s Labor Code, which prohibited an employer from requiring an employee residing and working in California to agree to a provision obligating the employee to adjudicate outside California a claim arising in California.

The petitioner filed a petition, which the California Court of Appeal denied. California’s Supreme Court reviewed the matter and transferred the case back to the appellate court.

The California Court of Appeal for the Second District again denied the petition. First, the appellate court ruled that the New York court was a court of competent jurisdiction to rule on the law firm’s motion to compel arbitration.

Second, the appellate court held that the partnership agreement’s parties clearly and unmistakably delegated arbitrability questions to the arbitrator. Therefore, the New York arbitrator should decide whether the petitioner was an employee and was thus entitled to section 925’s protections.