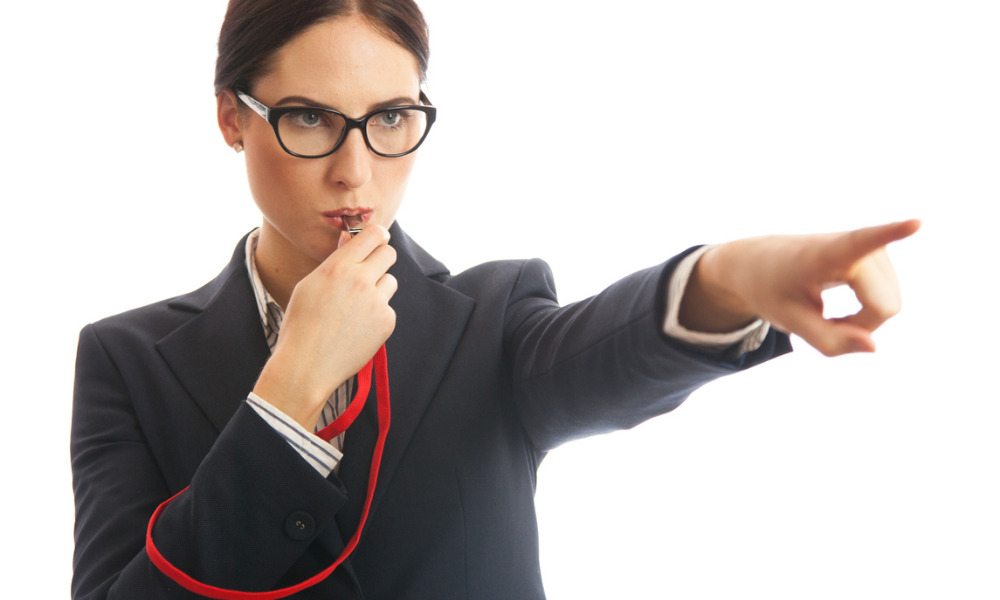 An employer can’t retaliate against its employee for disclosing information that the latter has reasonable cause to believe demonstrates a violation of a local, state, or federal law, according to California’s Labor Code.

In Vatalaro v. County of Sacramento, the plaintiff was an administrative analyst II for Sacramento County. She received from Mindy Yamasaki, her would-be supervisor, a job description listing her expected job duties for her promotion to an administrative services officer (ASO) III.

Next, the plaintiff expressed concerns about her assigned job duties, which differed from the duties she had developed with Callejas and from the duties that she thought were appropriate for an ASO III.

According to the plaintiff, the HR analyst said that the assigned job duties did not rise to the level of an ASO III and would lead to promotional issues since she would not be performing duties preparing her for the next promotability level.

The plaintiff then started her new position, which was probationary for a six-month period under the county’s civil service rules. Eventually, the county informed her of the termination of her employment as ASO III and of her return to her previous job classification.

The plaintiff sued the county for unlawful retaliation under section 1102.5 of the Labor Code. She alleged that the county retaliated against her after she reported that she was working below her service classification. She claimed that Yamasaki mistreated her on several occasions by doing the following:

The county filed a motion for summary judgment. It contended that the plaintiff:

The trial court agreed with both of the county’s arguments and granted summary judgment in its favor. On appeal, the plaintiff countered that the county’s stated reason for termination was mere pretext for retaliation and that she had a reasonable belief that the county violated the law by making her work below her service classification, even if such belief was wrong.

The California Court of Appeal for the Third District, affirming the trial court’s judgment, refused to apply the three-part framework for evaluating section 1102.5 claims. According to the appellate court, the relevant standard was not whether the county established that it had a legitimate and nonretaliatory reason for terminating the plaintiff.

Instead, the appellate court should determine whether the county, under section 1102.6 of the Labor Code, showed by clear and convincing evidence that it would have terminated the plaintiff for legitimate and independent reasons even if she had not engaged in activities protected by section 1102.5.

The county gave sufficient and undisputed evidence showing that it would have released the plaintiff from probation for legitimate, independent reasons even if she never complained about her assignments, the appellate court concluded.

The plaintiff, on the other hand, failed to raise any triable issue of material fact, the appellate court said.