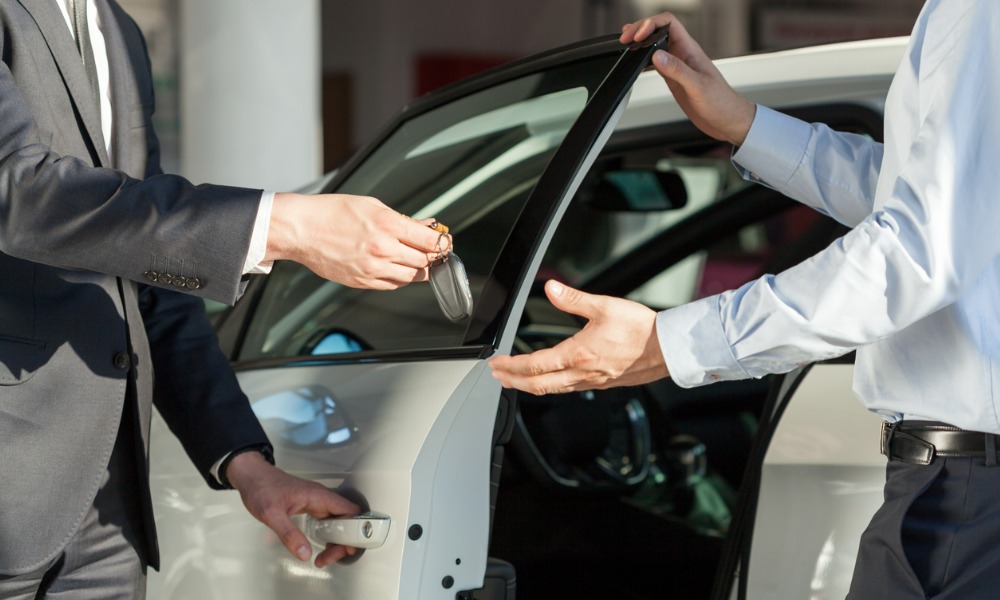 A car salesman injured his knee while working for the defendants – LAD-T, LLC, doing business as Toyota of Downtown Los Angeles, and Lithia Motors Inc., its parent company – and was diagnosed with a torn meniscus in February 2018.

The plaintiff in the case of Villareal v. LAD-T, LLC. et al. had difficulty walking after the injury. He received an injection for pain then returned to work. In June 2018, he took a leave due to recurring pain. In August 2018, he underwent knee surgery and went on medical leave for two months.

In 2020, the plaintiff filed an action alleging the following:

The defendants filed a motion to compel arbitration. They claimed that, at the time the plaintiff began his employment with LAD-T, he electronically signed an agreement to resolve employment disputes through binding arbitration.

In 2021, the trial court denied the motion to compel arbitration. The trial court found that section 17918 of California’s Business and Professions Code barred the defendants from enforcing an arbitration agreement made in the name of an unregistered fictitious business, “DT Los Angeles Toyota.”

The defendants appealed. While the appeal was pending, the defendants filed a motion requesting that the appellate court take judicial notice that LAD-T filed a fictitious business name statement registering the names “DT Los Angeles Toyota” and “Toyota Downtown LA” last May.

The California Court of Appeal for the Second District granted the motion and took judicial notice of the fictitious business name registration.

However, the appellate court agreed with the trial court’s finding that section 17918 barred the defendants from enforcing the arbitration agreement. While the provision most commonly applied to bar an action on a contract in the name of the fictitious business, the appellate court found that it also barred a party from maintaining a motion to compel arbitration, which was essentially a lawsuit seeking to compel the performance of a contract, specifically the arbitration agreement.

Next, the appellate court ruled that the plaintiff timely raised his defense to the motion to compel arbitration and that the filing of a fictitious business name statement for “DT Los Angeles Toyota” did not render the appeal moot.