Too much big data, not enough heart?

Is HR swinging too much towards the data-driven practices of finance and operations? One researcher worries HR is losing its connection to the people. 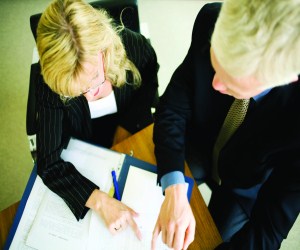 Hum
an Resources leaders are now consistently challenged to prove the value and ROI of specific programs and initiatives, but has that trend gone too far?

Cliff Stevenson, senior research analyst at the Institute for Corporate Productivity, said he believes the data focus could see HR lose its connection to psychology behind what actually motivates employees to perform better.

“It’s still good to have a really good grounding into how people think because it is one of the only departments that is completely focused on people,” Stevenson said. “As we’re pulling more and more often in the HR field from finance, accounting and operations, some of that expertise may be lost.”

He cited a recent study from Lockheed Martin that looked at the link between annual bonuses and employee engagement. Researchers expected to see engagement increase directly with the size of the monetary reward, however the study’s key finding was that employees who opted out of the bonus program and instead worked toward an award were more engaged and performed better overall.

“What they really wanted was recognition, whether they knew it or not,” Stevenson said.

HR needed to stay in touch with front line managers and employees and recognize that different people and communities will be motivated by different things, rather than assuming the statistical one-size-fits-all approach will garner results. When choosing what perks or benefits to offer, it was vital to assess the workforce’s needs first.

“Determine the usefulness of those perks,” he said. “With the Internet, everyone knows what everybody’s offering. Find how useful the [perk] is in your arena first. What employees and people in general say they want is not necessarily what they want.”