Senior diversity leaders offer their insights on the key ways in which shifting diversity is expected to affect businesses in coming years. 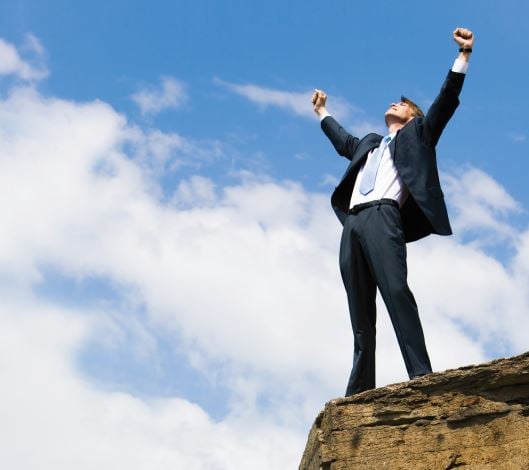 Del
oitte’s latest research has outlined the key traits required in leaders to tackle the biggest changes to diversity in coming years.

According to the report, Fast forward: leading in a brave new world of diversity, outlines three key ways in which increasing diversity affecting the business world, and offered insights from senior business leaders on how they are confronting the changes in their organisations.

Deloitte predicted that by 2050, 20 of the world’s 50 highest ranking cities in relation to GDP will be located in Asia – a massive increase from the eight Asian cities that made the cut in 2007. Asia will, according to Deloitte, be home to two-thirds of the world’s middle class by 2030, compared to one third today.

“It’s imperative you hire people that have an intimate feel for how a market works. But this is more than just hiring locals and experienced ex-pats … it includes ensuring your senior leaders, the people making the decisions and setting the strategy, have the experience necessary to make the right calls,” said Mike Smith, CEO of New Zealand National Bank, ANZ. “It sounds simple but is much harder in practice given the lack of sophisticated Asian experience in Western markets.”

Globalisation, hyper-connectivity and digital innovation are changing the nature of consumption, competition and what is expected of companies. This has – and will continue to – drive innovation to the top of the business agenda.

“We are living in a VUCA world and in facing that world where predictions and forecasts are less and less easy to get right, broadening the debate and including a wide variety of views is critical,” said Tony Arthur, head of retail distribution at the Bank of New Zealand.

“The trick is to make sure we have the right type of customer and/or connection to the community where they can challenge us, and that we have the right people in the room, who bring the very depth and broadest of thinking from the Bank.”

Shifts in education, migration, population age profiles and expectations of equal opportunities and work-life balance will continue to reshape the demographic of workforces.

However, according to Deloitte, this change is at risk of being “overshadowed” by the other key shifts. Because the changes to talent diversity are not new, Deloitte warns that companies are likely to overlook these significant shapers of the “future business landscape”.

“More than ever, future success will depend on an organisation’s ability to optimise its diverse and dispersed talent pool,” the authors wrote.
In the future, demographic shifts will change the workforce profile even more, putting greater pressure on leaders to be highly inclusive. Leaders will require greater levels of adaptation of personal behaviours and organisational systems to bring out the best from this diverse talent pool.

Many organisations are yet to turn their attention to the impact of other demographic shifts, however.

For example, in 2013, Chandler Macleod surveyed 480 senior business people on the advantages and challenges of increased mature worker participation. Of the employers surveyed, almost half believed changing demographics would have little or no impact on their organisation.

According to the report, “inclusion has very specific characteristics”.

“Our research shows best-in-class inclusive leaders demonstrate six signature traits in terms of what they think about, and what they do,” the report said.

The six traits were:

Mike Henry, president of coal at BHP Billiton, weighed in on how he maintains committed to inclusion in his role.

“There are probably three elements that motivate me to be inclusive,” he said. “The first is the values aspect. Not just for diversity but inclusion. This aligns well with my personal values and our corporate values.

“Secondly, I tend to be someone who is very rational and there is a very strong business case for both diversity and inclusion.

“Thirdly, I am someone who has a lot of energy for excellence, and if you really want to have this as both an individual and collective, you have to have an inclusive culture.”

“Frankly, leaders need to be a bit courageous, because this bucks the trend,” said John Lewis Jr., global chief diversity officer at The Coca-Cola Company.

“For leaders, they need to make a decision as to whether they dig in and entrench as they are, or recognise the world as it will become, and be part of the change.

“The courage to speak up, challenge others and the status quo is a central behaviour of an inclusive leader and it occurs at three levels: with others, with the system, and with themselves.”

“The leaders that are inclusive do a couple of things,” said Dr. Rohini Anand, senior vice president and global chief diversity officer at Sodexo. “At the individual level, they are very self-aware and they act on that self-awareness. They acknowledge that they don’t know what they don’t know. And they acknowledge that their organisations, despite best intentions, have unconscious bias and put in place policies, processes and structures in order to mitigate the unconscious bias that exists.”

“Highly inclusive leaders accept the limitations of their world view and hunger for the views of others to complete the picture,” said the report. “This sense of incompleteness helps drive behaviours associated with curiosity and open-mindedness – a thirst for continual learning. They are also skilled at synthesising diverse perspectives to optimise decision-making.”

For leaders high in cultural intelligence, the ability to function effectively across cross-cultural situations is about more than just having a “mental map” of various customs and norms.

“It includes understanding how a leader’s own culture impacts their worldview, how cultural assumptions and stereotypes influence their expectations of others and how communication and behaviours should be adapted in different cross-cultural situations,” said Deloitte.

Deloitte named this trait as “perhaps has the clearest link to the foundational shifts, and innovation and customer responsiveness in particular”.

According to the report’s authors, research on collaboration shows organisations that prioritised collaboration were twice as likely to outgrow competitors compared with those that didn’t.