Forget pity. Some Canadian employers are finally catching on to the mutual benefits of hiring these misunderstood workers. 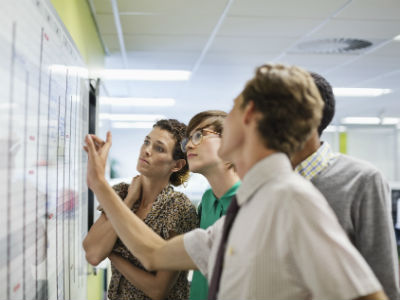 Peo
ple with autism have untapped skills that employers are looking for and, according to one Canadian CEO, may even have advantages over other workers.

“They will do the job again and again and again for a long time - longer than [someone without autism] will do it and still love it,” says Garth Johnson, CEO of Meticulon.

The Calgary based software and website testing company connects businesses with individuals who, because of their autism, can offer an exceptionally high standard of quality assurance services. They attest that while many customers come to them with the motive of doing some social good, they often retain their services because of the unrivalled skill level his talented team deliver.

The company is now considered a leader in providing autistic adults with meaningful job opportunities, all the while delivering a superior service to clients.

However, despite the natural abilities that many autistic people possess, an Ontario study conducted in 2013 indicated that Canadians with autism are significantly under-employed – just 13.9 per cent work full time with an additional 6.1 percent working part time.

Now, advocates for people with autism are calling on more Canadian companies to join Meticulon and realize the mutual benefits of employing autistic people.

Librarian Krista Sabo agrees. She says the library’s one autistic worker, Jaden Lake, is an asset to her Edmonton team. “He's better than us at most of these tasks,” admits one colleague, “he just knows exactly where everything goes and how to do it.”

But it seems employers have even more to gain than just high-performing, dedicated employees. The most recent federal budget, released last February, promised $11.4 million over four years to support vocational training programs for people with autism spectrum disorders.