HR in battle with hackers at Apple as employees targeted

Apple’s human resources team are in an all-out battle with opportunistic hackers, who are going global in an effort to exploit employee access to secure data 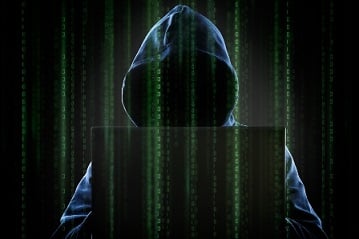 App
le’s HR team are in an all-out war with opportunistic global hackers who are trying to strategically exploit employees to access troves of secure internal data.

Business Insider has revealed hackers are propositioning employees with offers of significant amounts of money for their internal login details.

The hackers are targeting Apple employees in Ireland, who have been offered up to €20,000 for their details according to an anonymous employee.

"You'd be surprised how many people get on to us, just random Apple employees," the source told Business Insider. "You get emails offering you thousands [of euros] to get a password to get access to Apple.”

The source went on to say it would be possible to confidently sell Apple ID login information online for €20,000, or the equivalent of US$23,000.

A former Apple employee agreed that hackers frequently contact Apple staff and offer them money to hand over login details or company information.

"They look for someone who has jumped diagonally into a junior managerial position, so not a lifer working their way up, and not a lifer who has been there a long time," the former Ireland-based Apple employee said.

Apple’s HR team have been forced to respond to the persistent overtures from hackers with their own internal program to strengthen security.

Business Insider reports Apple has rolled out a scheme called “Grow Your Own” in response, though it was unclear how the program was designed.

This is backed by tight security measures, with the source saying Apple is “very, very careful” and that it was very difficult for anyone to gain access.

For example, the source said Apple’s remote workers in Ireland have difficulty accessing offices in Cork where thousands of Apple employees are based.

The sources were unable to say what data hackers were after, though it could encompass individual user accounts, IP or corporate strategy data.