Hell hath no fury like an HR manager scorned

When a Puerto Rico HR manager found her romantic and sexual advances rebuffed by a general manager, she used her position to get even 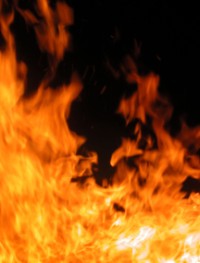 It
begins like the plot of an inane American comedy: HR representative falls for a manager in a different department, and after a few flirtatious interactions, the HR rep becomes a little more forward.

“[I]t[]is not easy to stay within my five senses with you… [B]ut of course I will contain myself… [I]t is quite easy to love you,” the HR rep, Rosa Martinez, opined in an email to the manager, Antonio Velazquez-Perez. Despite her charm, it was not to be, for Velazquez-Perez was trying to do the right thing, replying:  “No matter if you are miss universe and the woman of my dreams, I would never put in jeopardy my work environment.”

And that’s where things got nasty. Now, the employer, Developers Diversified Realty Corp. (DDR), is facing charges as a US district court decides whether an employer can be held responsible for discrimination if it should have known the motivation for termination was impure.

Following the discovery that her infatuation was unrequited, Martinez become openly aggressive, telling her would-be lover “you are nothing without me”, and warning him that she knew all of his professional weaknesses. When Velazquez-Perez reported Martinez’s behavior to his supervisor, the supervisor advised that he should send Martinez a conciliatory email, or she would arrange for him to be terminated.

And that she did, raising Velazquez-Perez’s performance issues with his supervisors, who put him on a performance improvement plan. But for Martinez, that was not enough: she contacted senior HR in Ohio, and four days later, she got her wish as the company waved her former romantic interest goodbye.

A first circuit court of appeals denied Velazquez-Perez’ hostile work environment claim, but acknowledged he has a strong case for negligence-based liability. The case was referred back to the district court in late May.