Organizations often tout their flexible work options as one way they help women reach higher levels of responsibility, but is HR more likely to accept men’s reasons for needing the time? 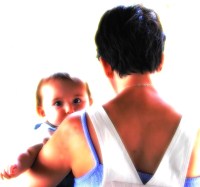 Is
unconscious bias keeping your flex work options from effectively supporting working mothers? A new study finds people are more likely to approve men’s leave to care for children or other family members.

Head researcher Christin Munsch, from Furman University, had more than 600 participants review transcripts of requests for flexible work arrangements such as adjusted work hours or working from home.

The culprit is likely to be an unconscious bias that rewards men for taking on caretaker roles, while seeing the same role as a normal part of a woman’s life.

"These results demonstrate how cultural notions of parenting influence perceptions of people who request flexible work," Munsch said. "Today, we think of women's responsibilities as including paid labor and domestic obligations, but we still regard breadwinning as men's primary responsibility and we feel grateful if men contribute in the realm of childcare or to other household tasks."

Continued...
#pb#
Munsch warns that despite the progress made in the workplace in terms of flexibility, it's important that managers check their own biases when discussing schedules with their employees.

Unconscious bias is an area many organizations are trying to address. RBC SVP of Leadership and Organizational Development Helena Gottschling described it as the “next frontier” in diversity.

“People often make a judgment within the first five seconds of the interview whether this is the person they want on their team, without really understanding the skills, experience and value that someone might be able to bring in,” Gottschling told HRM.

The bank introduced training to help managers and senior leaders recognize their own biases and learn how to address them in the decision making process.