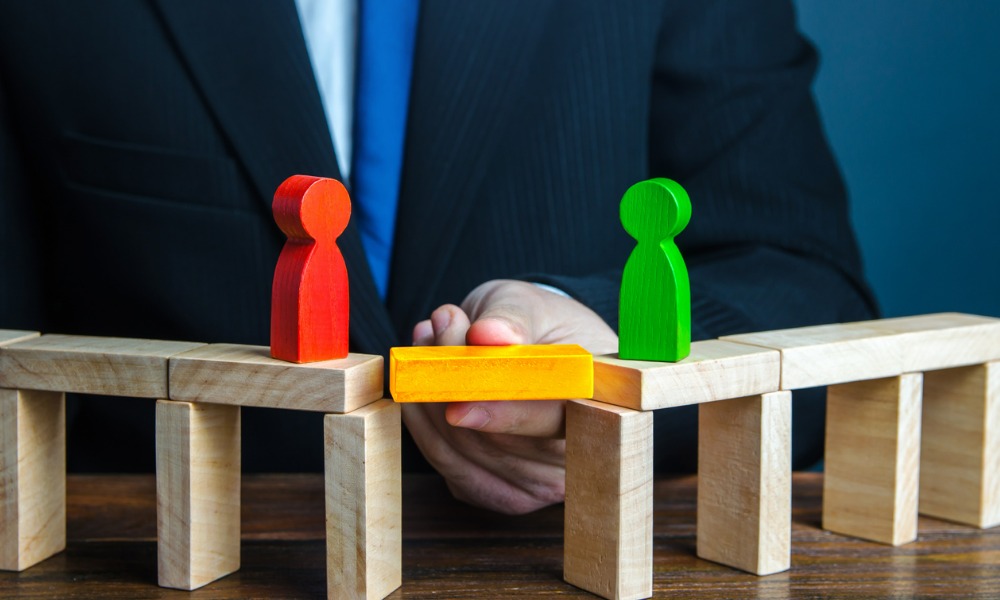 There was ample evidence to conclude that the company’s actions were inconsistent with an intent to arbitrate, given its almost one-and-a-half-year delay in moving to compel arbitration, the California Court of Appeal said in a recent case.

Shiekh Shoes, LLC – the defendant in the case of Davis v. Shiekh Shoes, LLC – hired the plaintiff as a sales associate in August 2018. They signed an agreement to resolve employment-related disputes and claims by binding arbitration and to waive their right to commence, to be a party to, or to be class member of any court action.

The plaintiff resigned three months after her hiring. She claimed that she faced harassing conduct from Shiekh’s customers and sexually explicit and demeaning comments, unwanted touching, and indecent exposure from one of her co-workers.

In March 2019, the plaintiff filed a complaint against Shiekh and the co-worker. She alleged that Shiekh committed violations of the California Fair Employment and Housing Act (FEHA) based on sex discrimination, sexual harassment, retaliation, and failure to take all reasonable steps necessary to prevent discrimination and harassment. The sexual harassment claim was also brought against her co-worker.

The plaintiff likewise made claims against Shiekh for negligent hiring, supervision, and retention; for wrongful constructive discharge in violation of public policy; and for intentional infliction of emotional distress.

In October 2020, about 17 months after Shiekh was served with the plaintiff’s complaint, Shiekh brought a motion to compel arbitration and to stay the action under both the Federal Arbitration Act and the California Arbitration Act.

The trial court denied the motion upon finding that Shiekh waived its right to invoke arbitration by unreasonably delaying its arbitration demand and by acting inconsistently with an intent to arbitrate. Shiekh appealed.

The California Court of Appeal for the First District affirmed the trial court’s decision denying the motion to compel arbitration. The appellate court concluded that Shiekh waived its right to invoke arbitration, given that it filed the motion 17 months after being served with the complaint. Shiekh’s delay was lengthy, significant, and inconsistent with an intent to arbitrate, the appellate court said.

The appellate court ruled that Shiekh failed to provide a reasonable explanation for its delay in demanding arbitration. Shiekh tried to justify its delay for three reasons: its lack of counsel for several months during the case, COVID-19-pandemic-related reductions in court operations, and the co-worker’s status as “the primary target” of the plaintiff’s claims until his dismissal from the case.

The trial court expressly rejected the first two reasons, which Shiekh did not dispute. As for the third explanation, the appellate court held that it was unreasonable for Shiekh to argue that the co-worker was the primary target, considering that the plaintiff alleged only one claim – sexual harassment in violation of the FEHA – against the co-worker.