Bosses could be informed about poor employee driving

An Australian territory is considering a plan to inform bosses when staff are caught driving company vehicles badly. 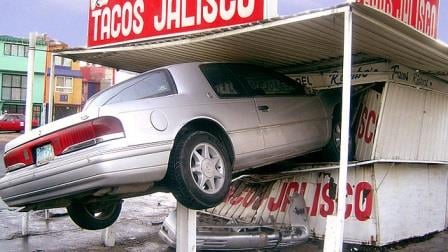 an style="line-height: 20.7999992370605px;">The government in Queensland is considering a new way to clamp down on poor driving by those in company vehicles – telling their boss. Currently employers may only be aware of the poor road skills of their drivers when there is a speeding ticket or a crash, but the new proposal would mean that a wide range of traffic violations would trigger a notice to the driver’s employer. The government is seeking to cut road deaths by a quarter by 2020 and the Herald Sun reports that drivers caught using a mobile phone at the wheel or not wearing a seatbelt could find themselves hauled before the boss if they are caught. Meanwhile in South Australia it is companies rather than drivers that are causing problems for the authorities. The Advertiser reports that there has been a surge in the number of businesses that are opting to protect the identity of drivers of company vehicles despite it triggering an additional AU$300 corporate fine. Last year 14,000 incidents were dealt with at a corporate level rather than individual drivers being held responsible. The Royal Automobile Association says that there should be a review of the legislation to ensure that drivers are held individually accountable for their poor driving in a company vehicle. Road safety minister Tony Piccolo said: “If this trend were to continue, I would be happy to explore ways of encouraging businesses who do not declare the drivers of work vehicles to ensure that only those drivers who abide by the road rules are permitted to drive on our roads.” While vehicles that are unbranded could lead to potential fines and higher insurance costs for employers, those that are liveried with company names can also incur reputational damage. In this day of smartphone cameras and social media the public are only too keen to capture moments of indiscretion. Take for example the New York bus driver who was filmed by passengers sending text messages while driving; CBS reports that the driver was fired and the company has vowed to install CCTV in its vehicles following the incident.