“Assertiveness training”: the answer to the confidence gap?

The confidence gap between men and women is well documented. 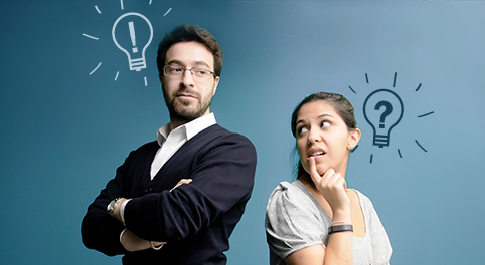 The confidence gap between men and women is well documented.

At Google, men were being promoted at a higher rate than their female colleagues, because they were nominating themselves for promotion while women were not.

Employees at Kleiner Perkins Caufield & Byers – a venture capital firm currently on trial for gender discrimination – have described their workplace culture as rewarding for those who talk over others and publicise themselves. They also aligned these behaviours with men.

However, a lack of confidence does not correlate with incompetence. So how do employers enable people who do not display self-assurance to be heard, and ultimately, promoted?

One solution at Kleiner Perkins, The New York Times reported, was to provide coaching to improve the speaking skills of Ellen Pao, the firm’s former junior partner and the woman who is now suing the company.

According to the NY Times, this improved Pao’s willingness to participate in the “interrupt-driven” environment.

Whose responsibility is it?

“On the one hand, we need to lean in and be more confident and put ourselves out there, and there is more hesitance to do that for women than men,” said Joyce Ehrlinger, a psychology professor at Washington State University. “But there’s this issue of how women are perceived. We don’t put ourselves out there because we know it’s not going to be accepted in the same way.”

What the training involves

Executive coaches in Silicon Valley said that “interruption training” was uncommon, but added that in order to progress in the tech industry, people needed to be able to participate in aggressive and confrontational meetings.

The coaching, also known as “assertiveness training” often includes work on how to effectively communicate in these meetings.

Kleiner Perkins said that the training was intended to provide Pao with the ability to “own the room”.

Venture capitalists have described meetings between senior staff as typically full of verbal intimidation, wherein the people who are the most confident are also the most successful.

According to Ehrlinger, the confidence gap begins at a young age, and is often reinforced at work, where women are typically paid less and evaluated in more negative terms.

Some organisations have created alternative strategies to coaching when it comes to encouraging promotions for women.

In the US, Google’s senior women host workshops to encourage and prepare women to nominate themselves for promotions.

Pao’s lawsuit is still underway, with the verdict on whether Kleiner Perkins is liable for discrimination yet to be released.