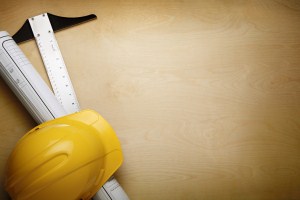 The
Occupational Health and Safety Administration is now in the process of reviewing comments about proposed changes to workplace injury reporting. The rule has been four years in the making, and was originally proposed in 2010 to gather establishment-specific data about injuries.

It would require organizations with more than 250 employees to electronically submit their required injury records to OSHA on a quarterly basis. In certain industries prone to high injury and illness rates, organizations with as few as 20 employees will be required to submit a summary of work-related incidences annually.

Eventually, the data will be posted online, so that employers can compare their injury rates with their peers. But it’s exactly that public nature of the records that has some businesses concerned.

“[The rule] does nothing to achieve its stated goal of reducing injuries, illnesses and fatalities; yet as proposed, it will consume large amounts of agency and employer resources that could be put to better use,” says Jennifer Gibson, vice president of regulatory affairs at the National Association of Chemical Distributors. She says the disclosure of injury information will expose employers to “illegitimate attacks”, and that it could lead to violations of employees’ privacy.

Other employers also take issue with the release of company-specific injury information without context, including the National Federation of Independent Business and the National Lumber and Building Material Dealers Association.

“This would punish good actors and reward bad actors by creating the incorrect presumption that employers with several reports operate with hazardous work conditions and those with few or no records are workplaces with very safe conditions,” says Michael O'Brien, NLBMDA president and CEO. “The opposite is likely to be true because employers that keep meticulous records and diligently report to OSHA are more likely to closely monitor safety conditions and quickly correct any issues that may arise at the workplace than those that fail to report.”

Meanwhile, the American Industrial Hygiene Association says that while the outcomes will depend on the details of the rule, it should be effective in making workplaces safer. “The proposal will increase the focus of senior managers on injury and illness data and encourage employers to do the right thing for their workers,” says president Barbara Dawson.

OSHA assistant secretary of labor, David Michaels, says the changes proposed will allow the administration to target resources toward problem areas without placing a heavy burden on employers. “The proposal does not add any new requirement to keep records; it only modifies an employer's obligation to transmit these records to OSHA.”

You might also like:
Every second company gets this compliance issue wrong
Child abuse policies: not just for schools and churches
10 deadliest jobs in the USA…revealed