A Maryland court ruled the employer of a travelling worker had to pay for injuries he sustained while off the clock, partying it up on the dance floor. Better pick hotels without clubs next time… 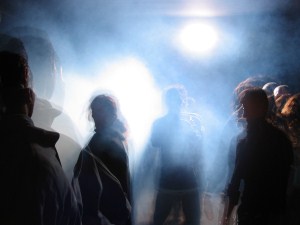 If
an employee is travelling for work but hits the red light district on the weekend, what happens there is his or her own business, right? Not necessarily, it seems.

In 2011, audio-visual technician Dallas Gravette was sent to a hotel in Maryland by his employer to set up equipment there over the course of about a week. One particular night, he headed down to the nightclub in the bottom of the hotel, and at midnight he was dancing when he slipped on a spilt drink and broke his pelvis.

The initial trial judge ruled that his injuries were not compensable since he was not in the club at the direction of his employer, and the dancing was not incidental to the travel requested by the company. However, an appellate court overturned the decision just days ago.

The court reasoned that the employer should have reasonably expected that traveling employees would make use of the entire hotel, which included the nightclub. They also pointed out that since he was there for more than a week, they could not have possibly expected that he would stay in his room the entire time he was off work. However, they made note that it may have been a different result if he had been intoxicated – and there was no evidence that Gravette had been inebriated at the time of his injury.

Drunkenness did affect the result of a similar claim decided in April, in which a traveling employee was injured after falling from a vehicle. He had admitted to drinking heavily, and the court found being intoxicated was not necessary for the employee’s health or comfort – and it was thus not an activity incidental to the course of his employment.

The Maryland Workers' Compensation Commission will presently decide how much Gravette will receive in compensation.